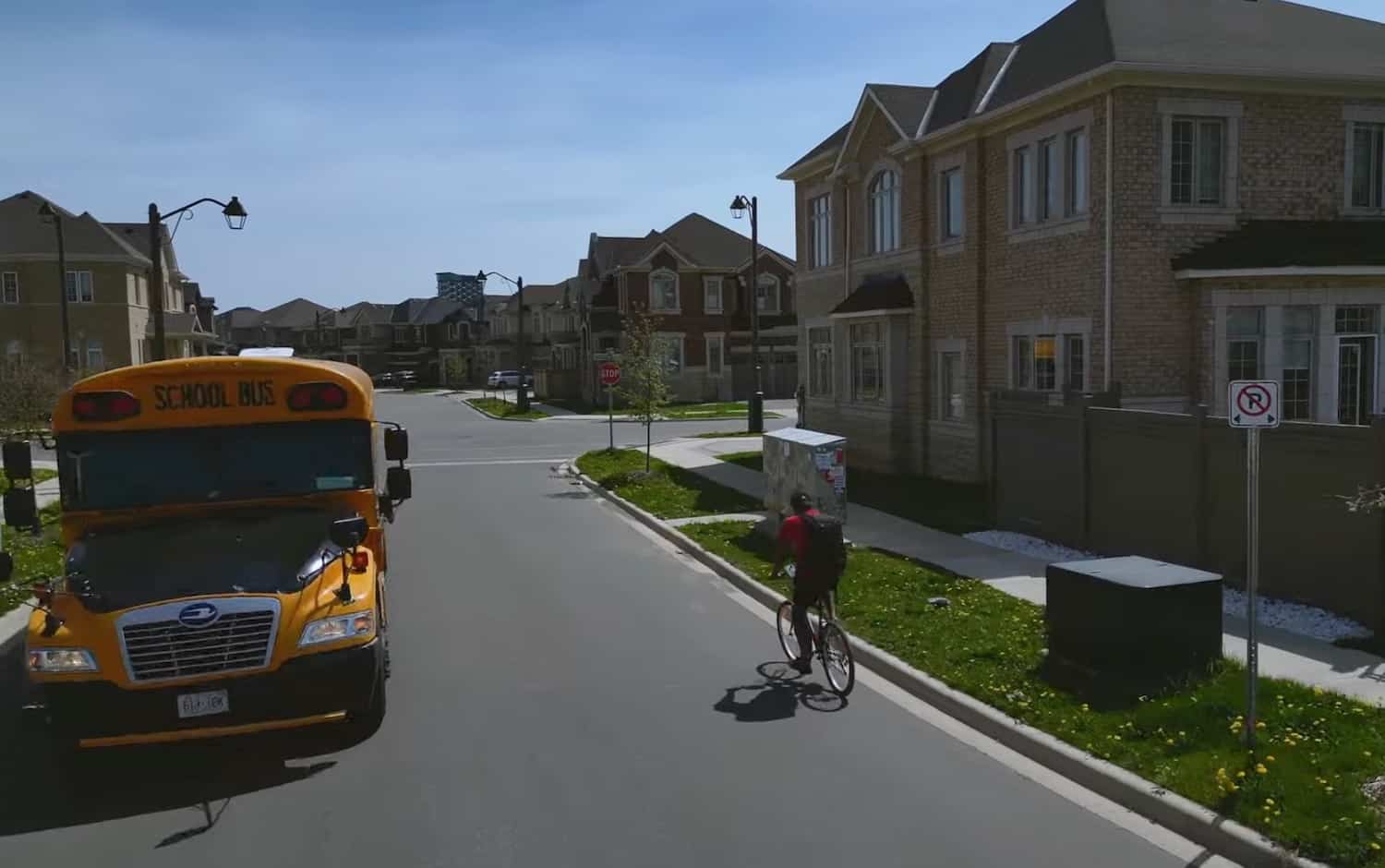 Check out this video in which a DJI Mini 3 Pro hits an approaching school bus. Luckily, nobody got injured in the making of this video, except the DJI mini drone, which suffered a broken arm and gimbal.

The video was uploaded to Youtube by Airbazoo and demonstrates the limitations of the DJI Mini 3 Pro FocusTrack suite which includes, ActiveTrack 4.0 and APAS 4.0.

The video also shows the need for people to fly their drones safely and responsibly. The Federal Aviation Administration (FAA) considers flying a small UAS while purposely distracted by another task to be careless or reckless.

At the beginning of the video, Airbazoo mentions that he lives in Canada and not in the US, so we will assume that that’s where the video was recorded.

ActiveTrack 4.0 on the DJI Mini 3 Pro

“So yeah, my DJI MINI 3 PRO GOT WRECKED BY A SCHOOL BUS 🙁 – I was testing out the new tracking features on the DJI Mavic Mini 3 Pro using ActiveTrack and the sensors using…