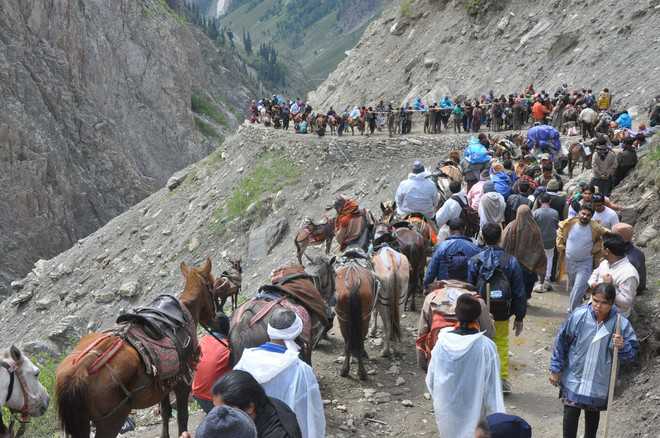 Union Home Secretary Ajay Bhalla today chaired a high-level security review meeting to assess the preparedness of the forces for ensuring a peaceful Amarnath Yatra, which is scheduled to begin on June 30 after a gap of two years, officials in the Ministry of Home Affairs said.

Officials said Bhalla reviewed the security preparedness for the Amarnath Yatra with top officials of paramilitary forces and the J&K administration. About 10,000 paramilitary personnel (100 companies) in addition to J&K Police are expected to be deployed along the two pilgrimage routes via Pahalgam and Baltal, they added.

Drone cameras will also be pressed into service to keep an eye on the yatra routes. Radio frequency identification (RFID) tags will also be given to the pilgrims.

About three lakh pilgrims are likely to take part in the yatra, which is expected to end on August 11.