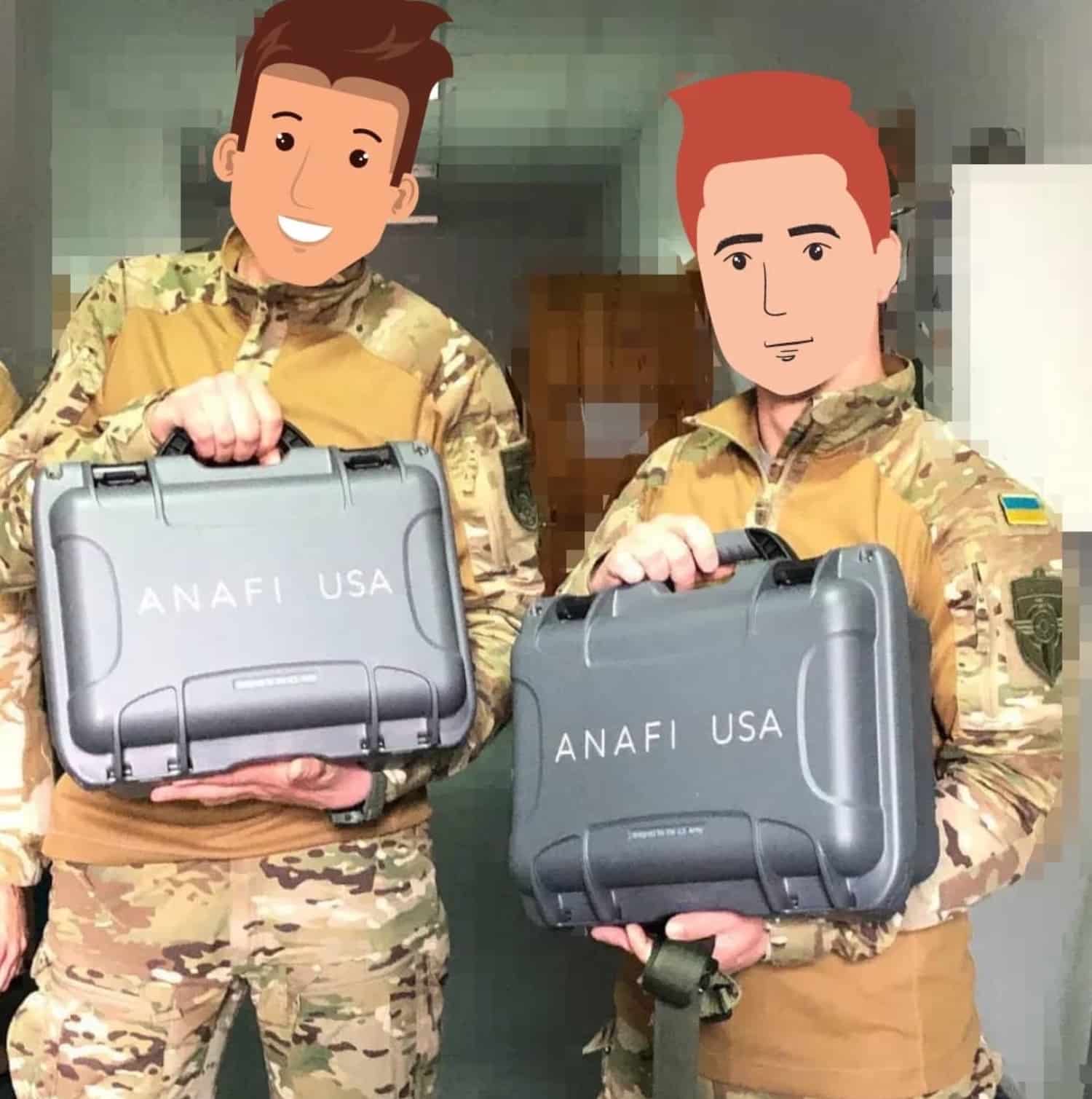 Although several DJI Mini 2 drones and Autel EVO II drones have been delivered to Ukraine, this photo represents the first time that two Parrot Anafi USA Blue sUAS have been given to Ukraine.

The Parrot Anafi USA is an unmanned aircraft from the French drone maker Parrot that is assembled right here in the US in order to meet the Blue sUAS standards.

Two Parrot Anafi USA drones have now been donated to the Ukrainian Defense Forces to help in the fight against the Russian invaders.

“Ukrainians and friends from all over the world keep making us good surprises. The Aerorozvidka received two wonderful American drones Parrot. They were bought by Taras Onoufrik, a Ukrainian from Great Britain, and delivered from abroad by @Vidsich activists,” Aerorozvidka tweeted.

While DJI drones are very capable, affordable, and easy to get, flying them is not entirely without danger as their location, as well as the pilot’s position, can easily be…