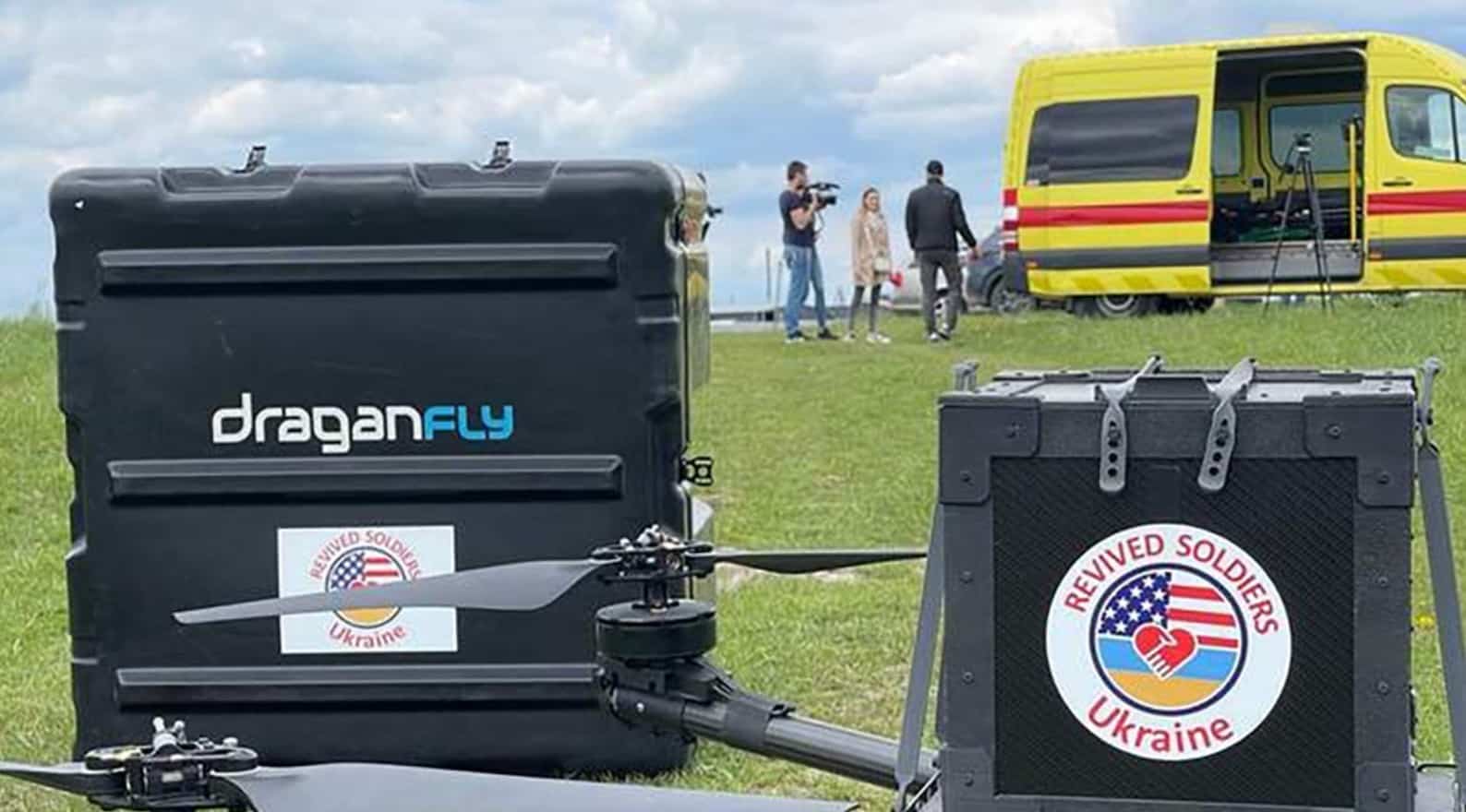 Last week, an ambulance drone supplied by the Canadian company Draganfly was used in Ukraine for the first time. The company reports this in a press release.

Employees of the emergency aid organization Revived Soldiers Ukraine (RSU) have now been trained in the use of the system. The organization wants to deploy emergency drones in ten affected cities, including Kyiv and Kharkiv.

Draganfly’s medical response drone is equipped with a transport box specially developed for medical purposes. It can carry up to 17.5 kg of temperature-sensitive medical supplies, including blood, pharmaceuticals, insulin/drugs, vaccines, water, and wound care kits. The box can be easily attached to the drone thanks to a unique quick coupling system.

In collaboration with Coldchain Delivery Systems, the first drone was delivered in Poland on May 1, after which the system was transported to Ukraine. Initially, Draganfly will supply ten of its medical…