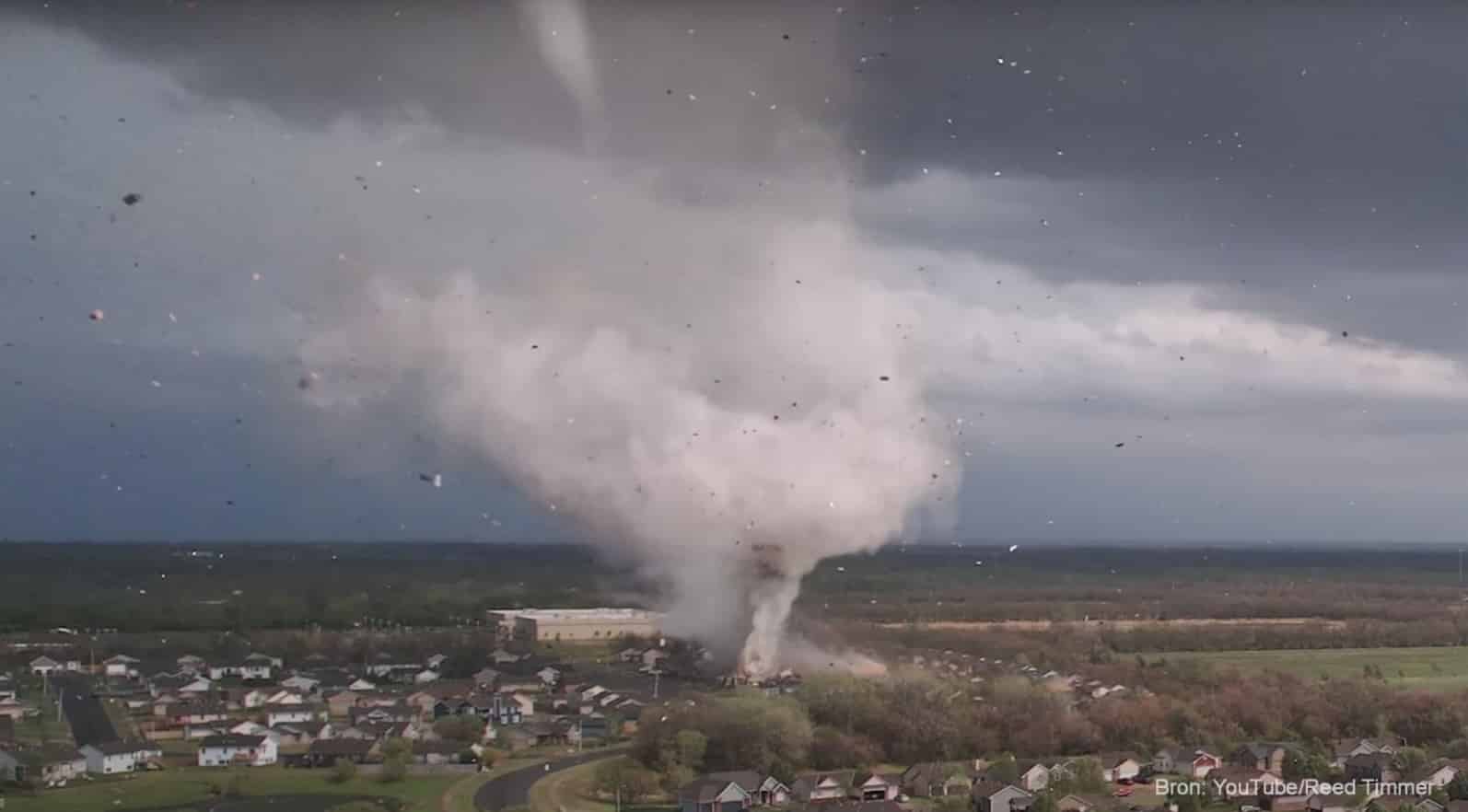 You have people who flee when a tornado approaches, and you have people who launch their drones to film it up close. Storm chaser Reed Timmer is clearly in that second category. He recently captured from the sky how a tornado leaves a trail of destruction in the US state of Kansas. While wind speeds of over 150 mph are reached inside the tornado, the drone seems barely affected by the wind.

The tornado hit Andover, a suburb of the Kansas city of Wichita, in late April. Residents were warned by sirens to take cover. But for Reed Timmer, that was the signal to send his drone, a DJI Mavic Air 2S, into the air and start filming.

While the storm reached wind speeds of more than 250 km/h and raged over the neighborhood for more than twenty minutes, the drone hovered miraculously stable in the air.

On Twitter, Timmer explains how that’s possible: “It’s hard to describe how calm/laminar the atmosphere was around the Andover tornado. The drone…