Skip to content
Home » News » DJI removes Mini 2 drone from US and Canada Amazon stores ahead of reported Mini 3 release [Update: It’s back]

DJI removes Mini 2 drone from US and Canada Amazon stores ahead of reported Mini 3 release [Update: It’s back] 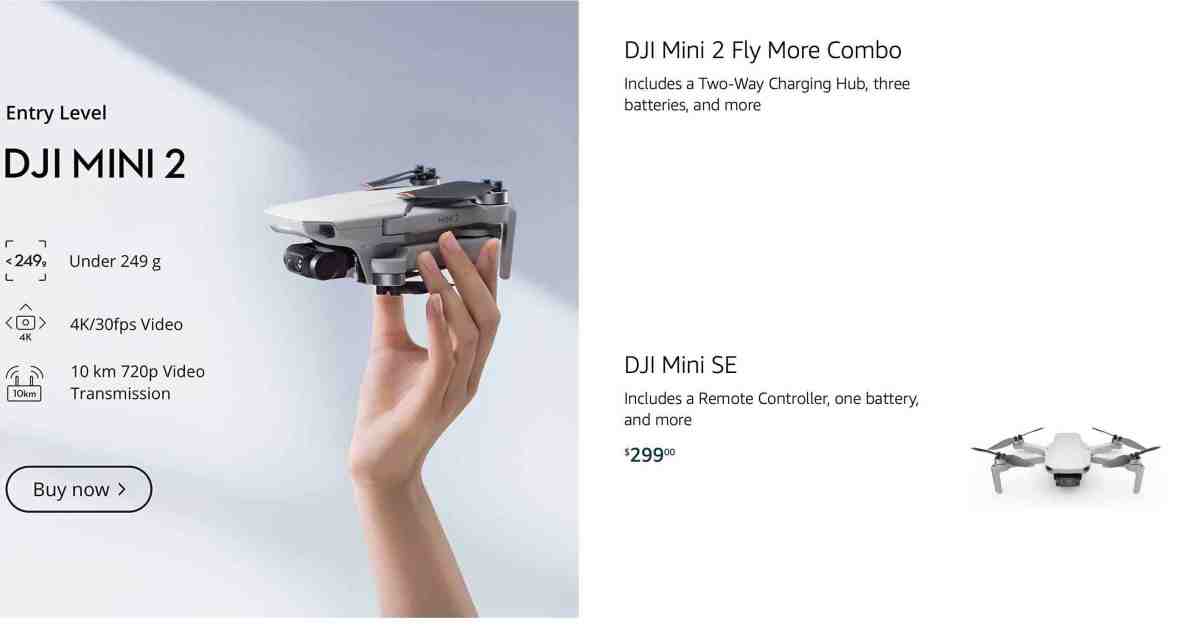 Noticed by DJI leaker Jasper Ellens first, DJI has mysteriously removed its Mini 2 drone from the US and Canada Amazon stores. This could presumably be ahead of the rumored release of the Mini 3 Pro drone.

Update: After publishing, the Mini 2 returned to DJI’s Amazon stores in both the US and Canada after being off for about two days.

If you are looking to get DJI’s Mini 2 in North America, then don’t look to buy it directly from DJI on Amazon. Earlier this week, DJI removed the drone from its US and Canada stores, and so far, it has stayed like that.

You can still purchase the Mini 2 from DJI’s official website and third-party retailers, but no more from DJI’s Amazon store. Although it hasn’t been removed from other international sites, we checked the UK, France, and India’s Amazon stores, and they are all still available from DJI itself.

This could all be linked to the rumored Mini 3 Pro. Until this week, the drone company has been quiet to…