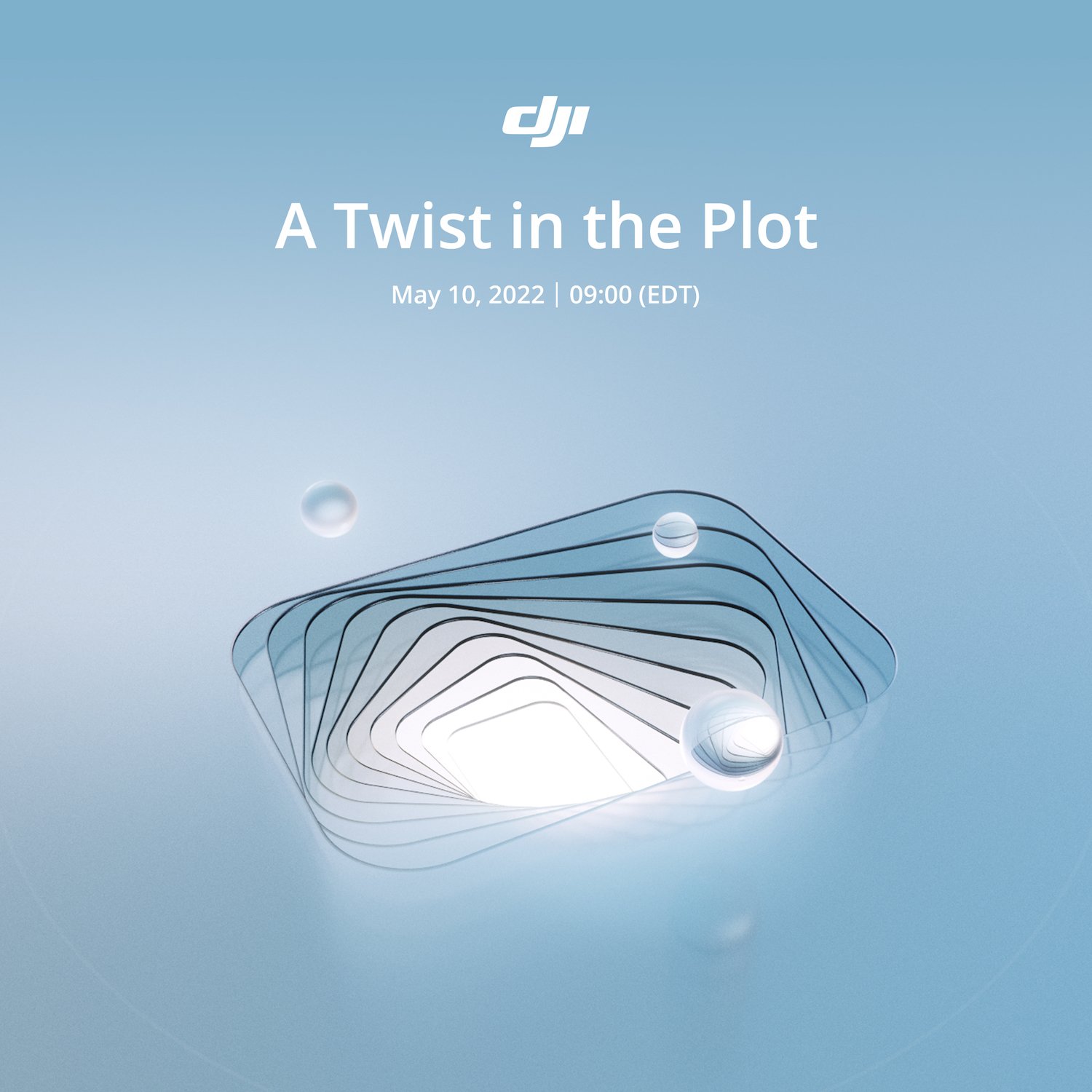 As predicted by various leakers on Twitter, DJI sent out an announcement this morning ahead of the rumored DJI Mini 3 Pro launch, adding “a twist in the plot.”

The tweeted image shows a DJI logo, accompanied by the following text:

“A Twist in the Plot”

Below the text, we see what is almost like a series of glass panes stacked on top of each other at varying degrees, creating a twist or turn. We also see three water droplets, that might refer to a lens through which we see the world.

Earlier DJI Rumors indicated that the DJI Mini 3 Pro might feature a camera that has the ability to turn 90-degrees to take vertical aerial photos and videos suitable for popular social media platforms such as TikTok and Instagram.

The DJI announcement seems to confirm…