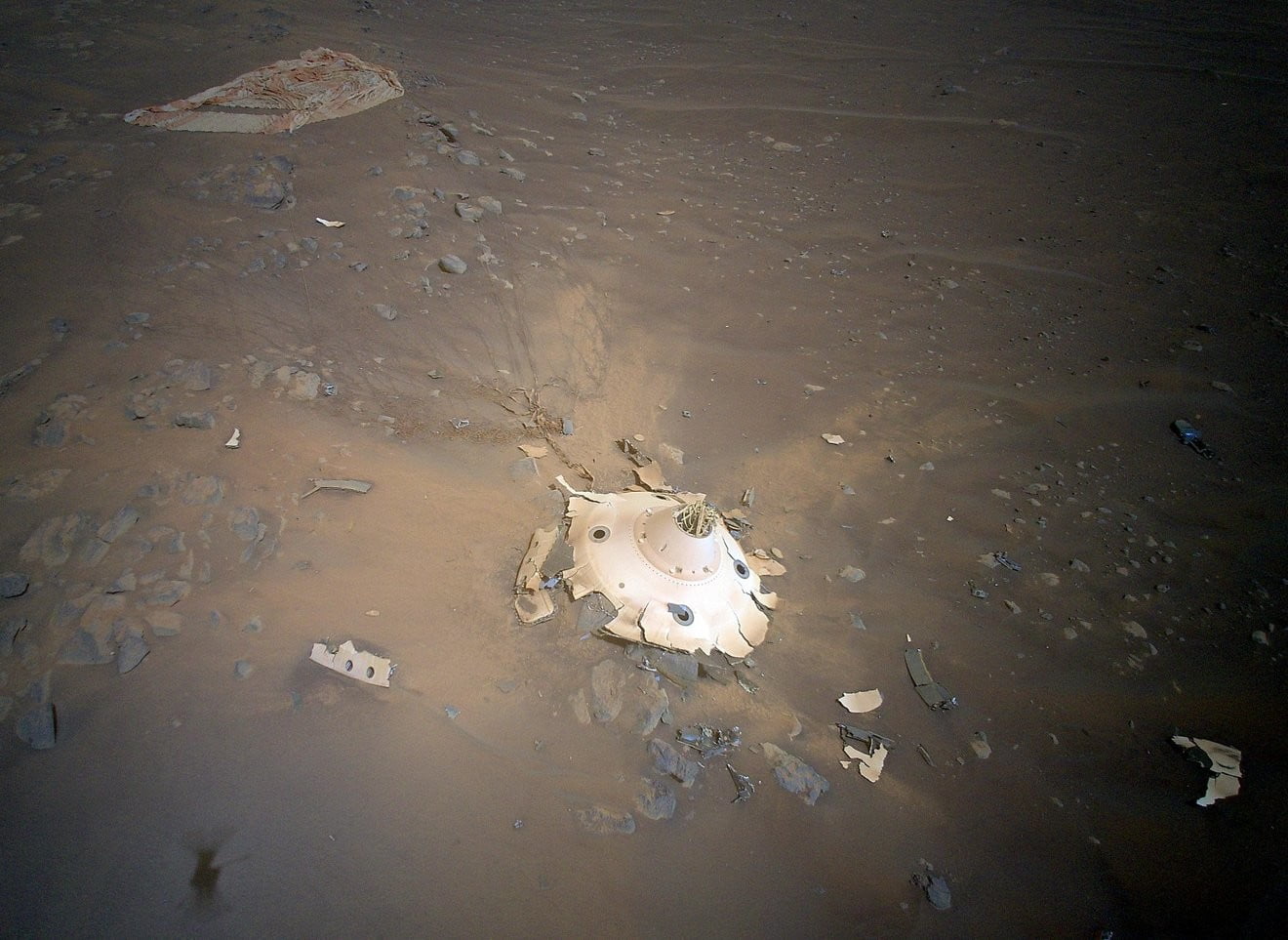 NASA’s Mars helicopter, Ingenuity, has captured some amazing images showing the landing gear of the spacecraft that delivered both itself and the Perseverance rover to the martian surface in February 2021.

Specifically, the image below shows the discarded backshell (left) and the supersonic parachute (far right). NASA’s drone-like aircraft snapped the photos from an altitude of 26 feet (8 meters) during its 26th Mars flight on April 19, 2022.

With Ingenuity attached to its underbelly, NASA’s Perseverance rover set down on Mars in dramatic fashion last year, with the final moments of the descent captured in high-definition video.

The rover’s parachute and backshell were jettisoned at about 1.3 miles (2.1 km) above the martian surface before hitting the ground at around 78 mph (126 kph). NASA points out that many of the 80 high-strength suspension lines connecting the backshell to the parachute look to be intact, adding: “Spread out and covered in…