Skip to content
Home » News » From the war zone: Ukrainian forces take on Russian onslaught to save Kharkiv amid raining missiles

From the war zone: Ukrainian forces take on Russian onslaught to save Kharkiv amid raining missiles 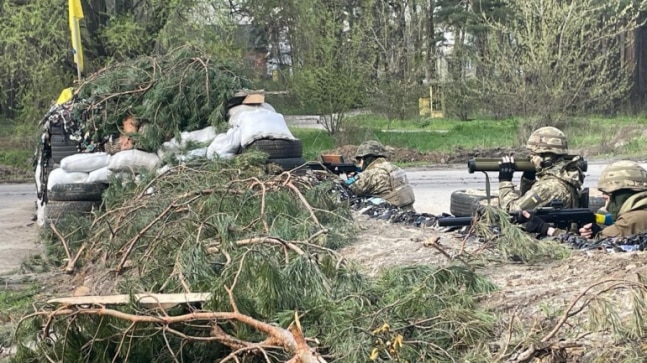 An eerie calm prevails at a residential complex on the outskirts of Kharkiv in eastern Ukraine: children’s parks and schools once bustling with kids have now turned into a battlefield.

Master Sergeant Valeriy Stepanov briefs on the status of the fighting here. As he speaks, the quietness is shattered by the booming guns. Everybody is on the ground, taking cover as India Today’s video journalist Lalit Joshi rolls the camera to catch every glimpse in the thick of action amid continuous bombardments.

Minutes later, it’s back to calmness, which is only temporary. Master Sergeant Stepanov says this is a regular feature several times a day, maybe repeated every two-three hours.

The border is about 20km away but the Russian forces are only a couple of kilometres away, says the Master Sergeant. The Ukrainian troops have dug trenches around the buildings in case they have to take on an…