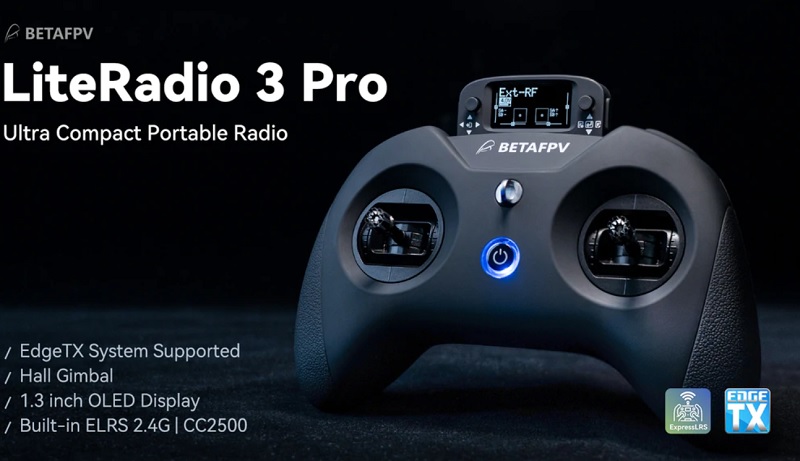 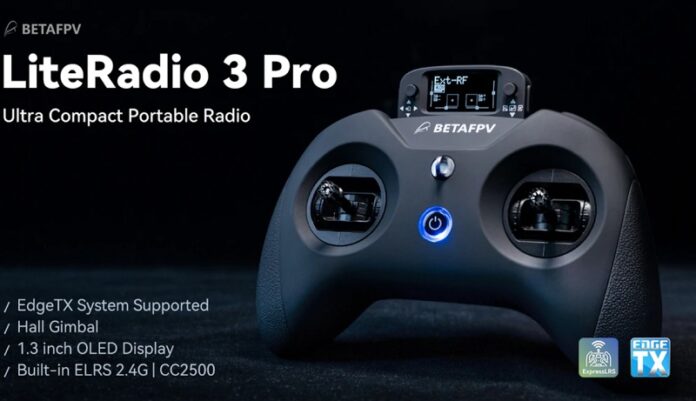 BetaFPV’s transmitter family gets a new member with a significant improvement. Now, the LiteRadio 3 Pro comes with a 1.3-inch OLED screen that makes the configuration part easier. Instead of tones of buttons, the display module features two tiny 5D joysticks.

The BetaFPV LiteRadio 3 Pro comes with two built-in radio options. While the ELRS edition can be configured with 50mW, 100mW, 250mW, or 500mW transmission power, the CC2500’s power is limited to 100mW. Both variants come with the popular open-source EdgeTX radio firmware.

In January we reviewed the non-Pro version of the LiteRadio 3. In addition to the integrated radio modules, both variants can be equipped with an external TX module via the Nano extension port.

The BetaFPV LR3 Pro transmitter is powered by a 2000mAh battery that provides up to 15 working hours. The built-in battery can be recharged through the USB Type-C port at bottom of the remote controller.