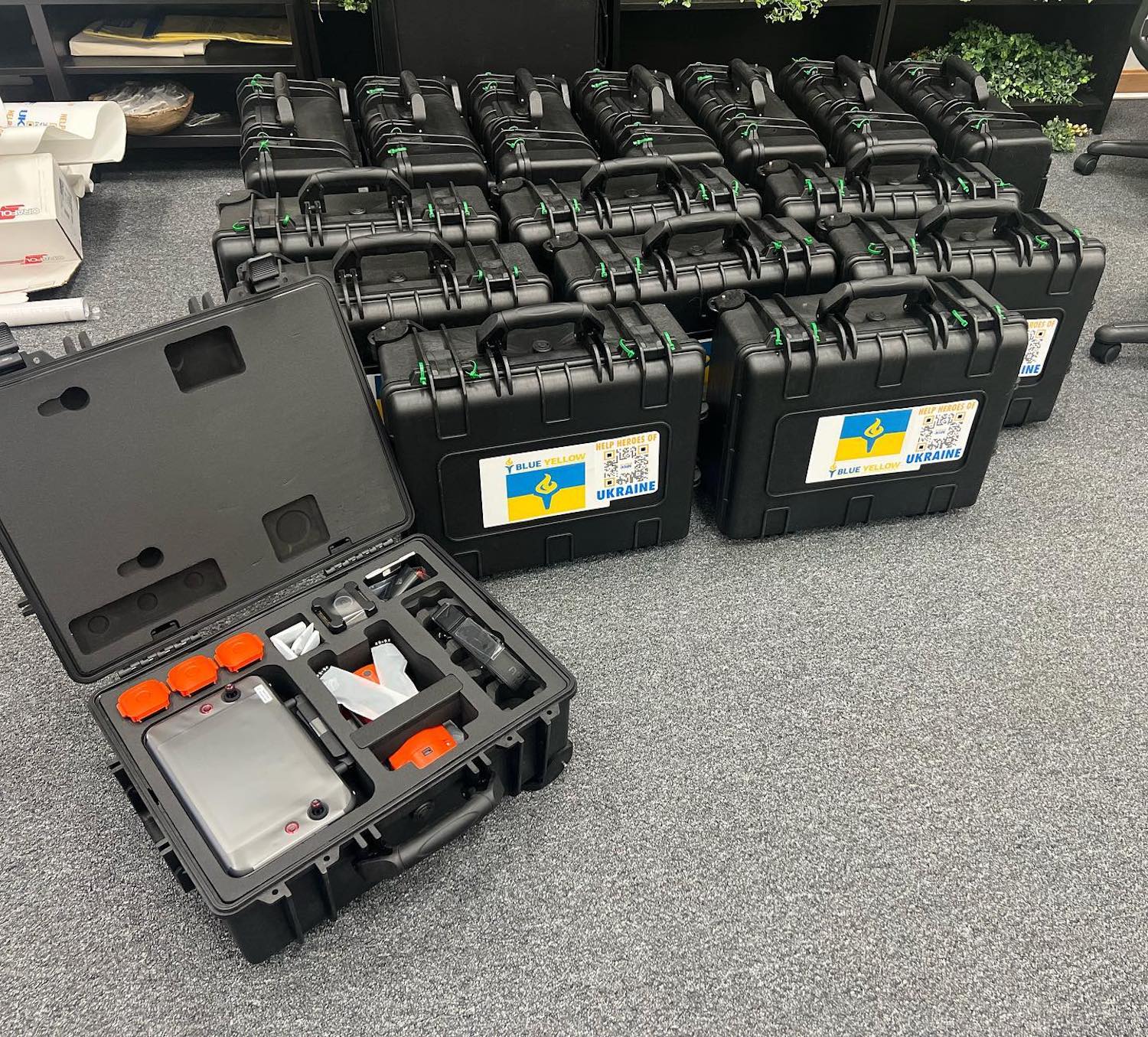 We just learned that Ukraine received 16 thermal drones to help defend their country against the Russian army.

The drones seem to be the EVO II Dual 640T from Autel Robotics. These unmanned aircraft come with a powerful thermal camera and a flight time of 38 minutes.

The 16 thermal drones were donated by Blue-Yellow, a non-governmental organization based in Lithuania that supports the armed resistance of Ukraine since 2014.

Blue-Yellow provides non-lethal means, such as 16 thermal drones, to Ukrainian soldiers and volunteers to help in the fight against the Russian invaders.

The donated thermal drones represent over $160,000 in value and come in plastic cases with additonal batteries, spare props and the Autel Smart Controller.

On Twitter they said: “These beauties we safely delivered with help of @helprazom and their logistics team. United we stand! 🇺🇦🇱🇹🇺🇸”