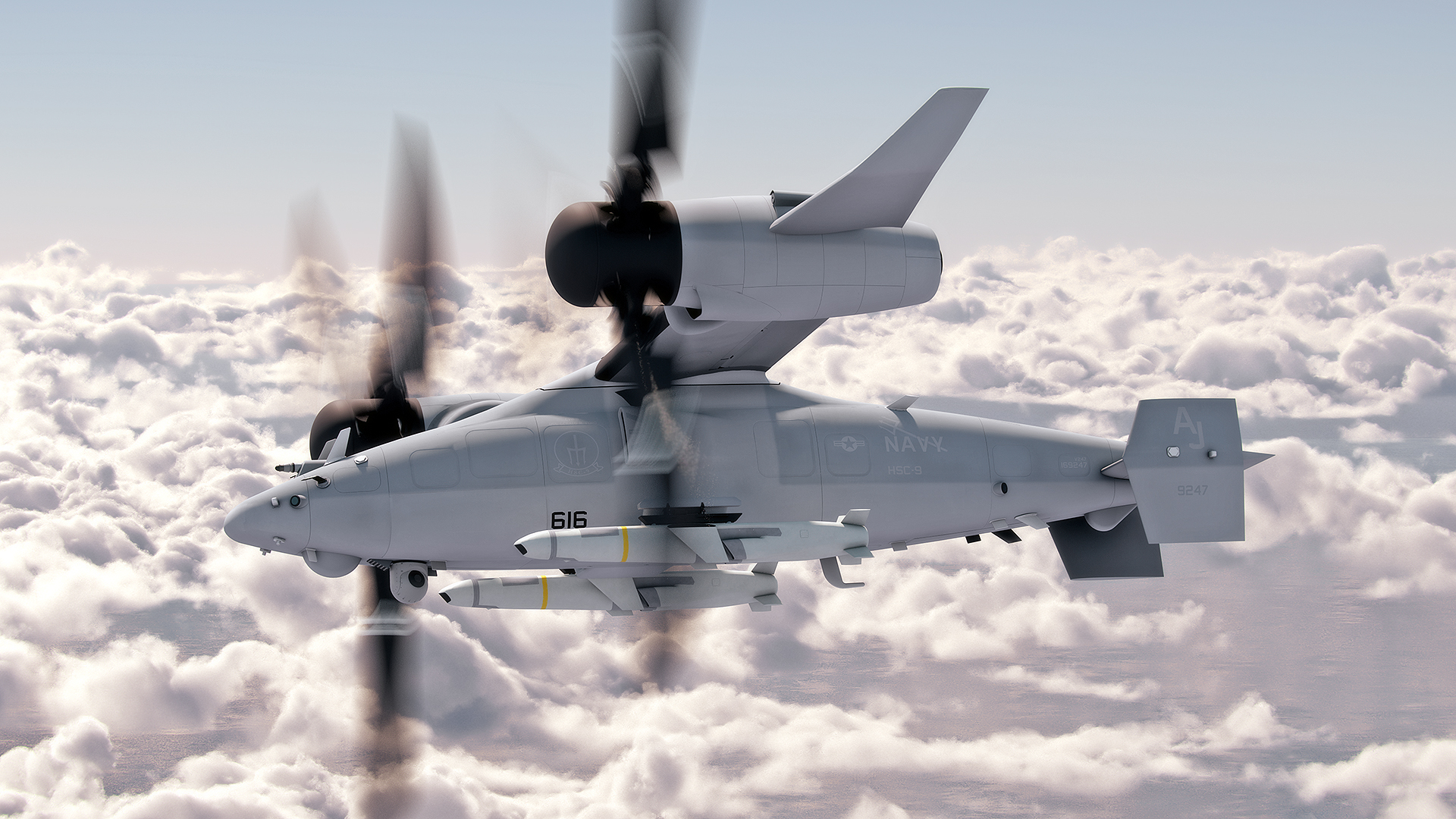 Bell has resurrected the unmanned V-247 Vigilant designed for the Marine Corps and scaled it down for use as a strike and surveillance aircraft aboard Navy ships, where the autonomous tiltrotor can fit in the same space as an MH-60R and perform any of the manned helicopter’s missions.