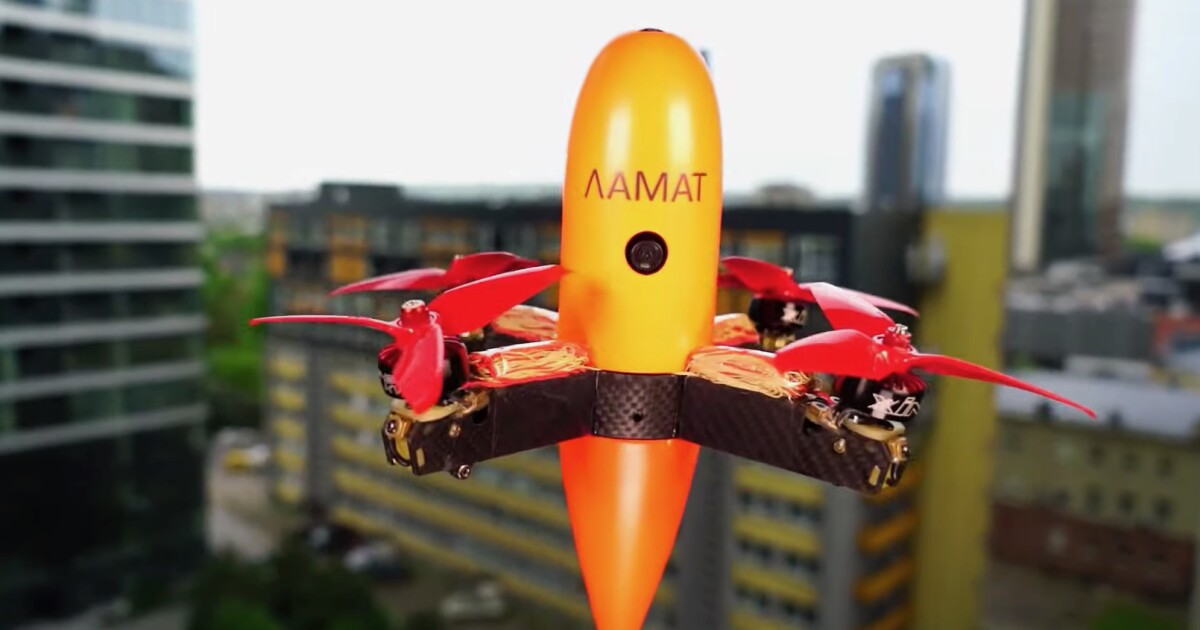 Over the years, we’ve seen a number of drones that are designed to capture other drones. One of the latest, aptly named the Drone Interceptor, utilizes detachable net-pulling propellers to get the job done.

Designed by Lithuanian hacker Aleksey Zaitsevsky, the aircraft takes the form of a quadcopter with a very high power-to-weight ratio.

This characteristic allows the Drone Interceptor to quickly take off, reach the troublesome target drone, and circle around it to get a good look – an onboard camera helps with the latter, by transmitting real-time video to the ground-based operator.

Once it’s been determined that the other drone should indeed be brought down, the Drone Interceptor gets positioned underneath it. Upon a command from the pilot, its four propellers then rapidly accelerate and detach from the frame – at the same time, a packed Kevlar net which the propellers are attached to is also released.

As the propellers proceed to fly upward, they pull the net open between them,…