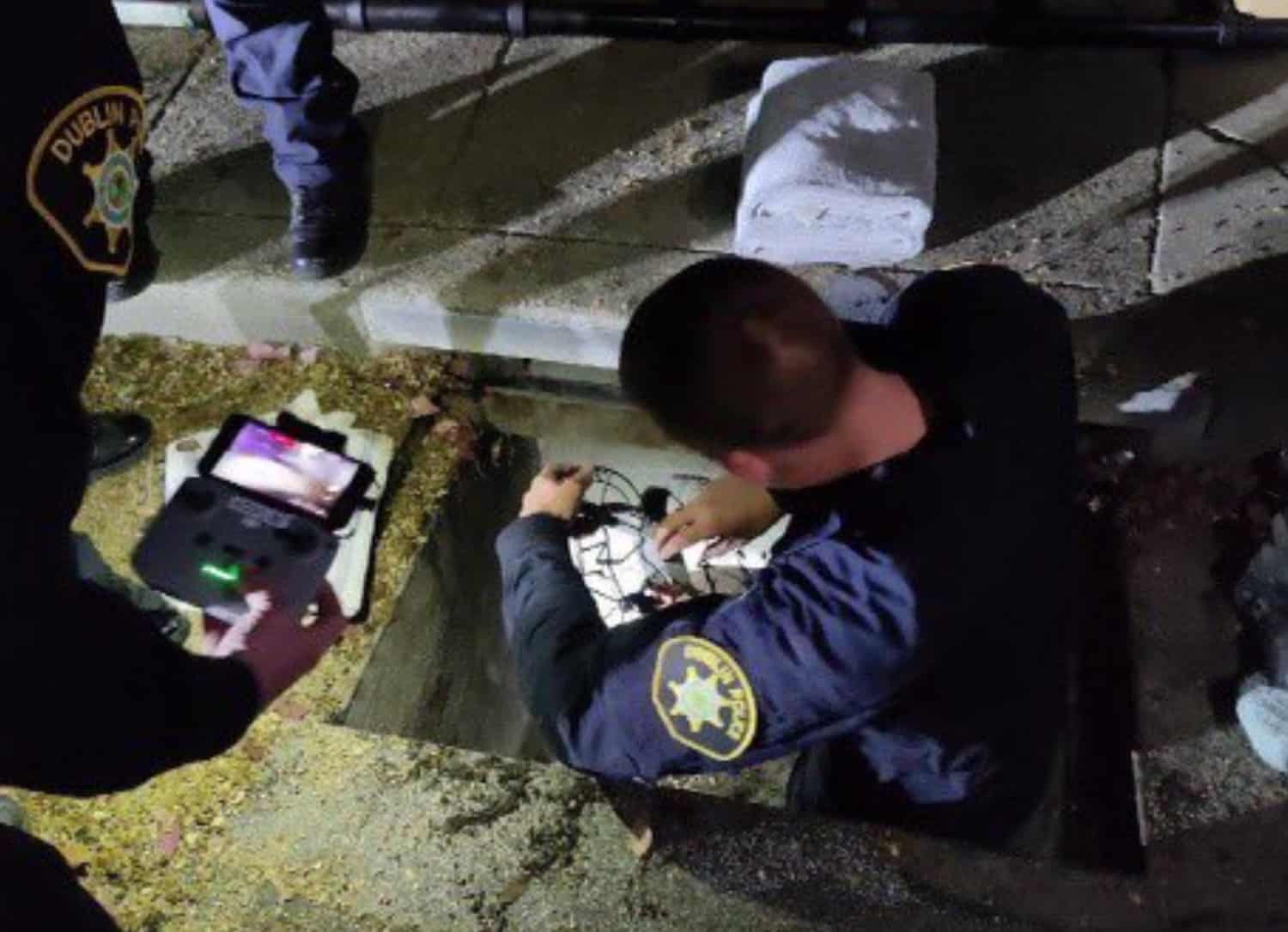 In the city of Oakland, California, the Alameda Police Department used a DJI Mini 2 to find three chicks that had been swept away into a storm drain.

The three young animals were quickly located with the help of the DJI mini drone.

During a downpour, an alert citizen observed the newborn ducks being carried downstream during a rainstorm, straight into the sewer.

When the Oakland police arrived they had no idea how far the chicks had been washed away into the sewer.

DJI Mini 2 to the rescue

The DJI Mini 2 came to the rescue as it is such a tiny drone. The DJI mini drone was flown into the storm drain with the prop guards mounted on the aircraft to protect it in case it hit anything.

Fortunately, the chicks were still in range of the entrance, according to the video images from the drone.

The chicks were rescued and brought back to safety.

“Our first drone/duckling rescue!” the Oakland police tweeted. “They have been safely recovered and will be…