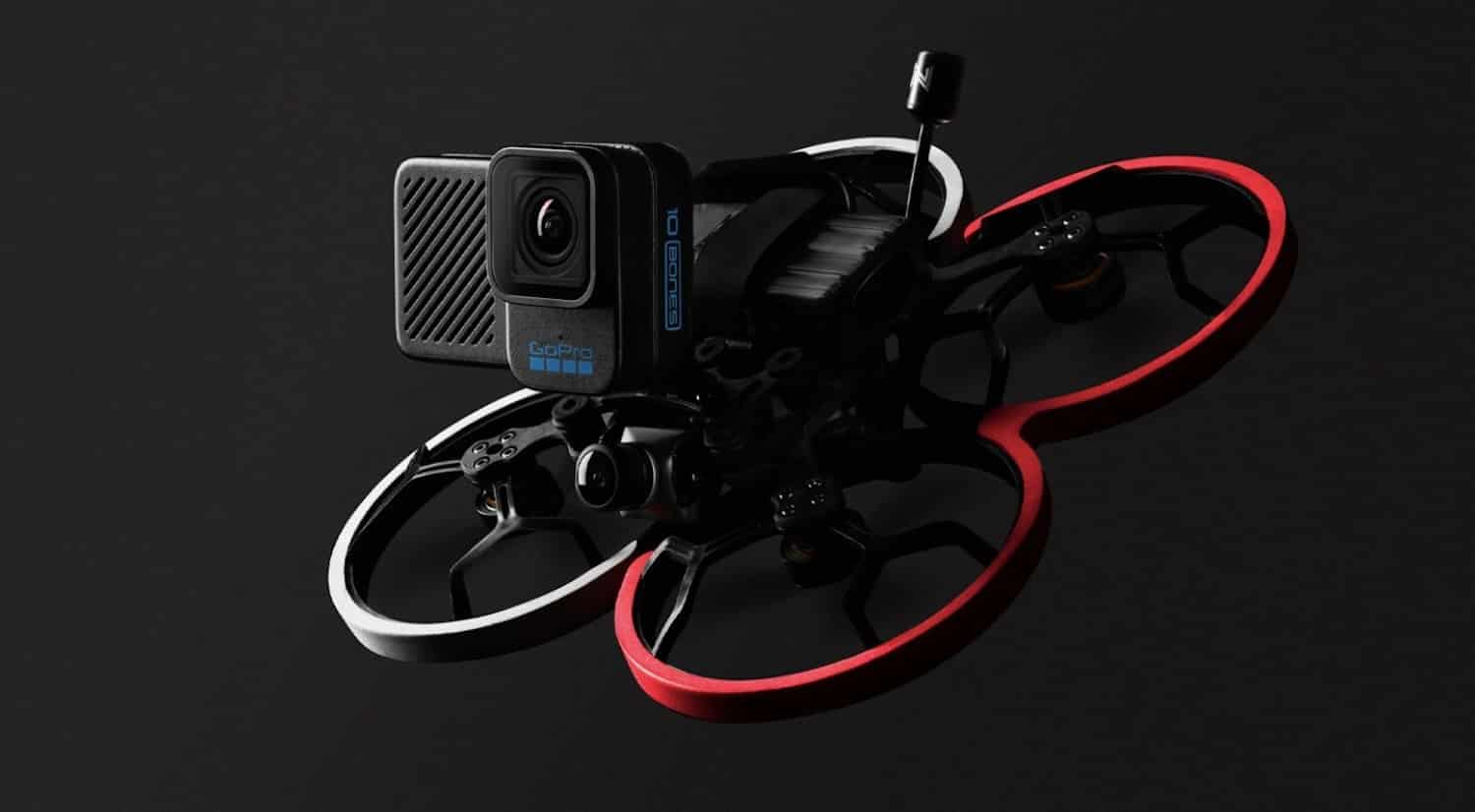 You see them regularly on DroneXL, those ultra-smooth FPV drone videos, whether or not they are recorded indoors. Ten to one that they were made with a ‘naked GoPro’.

A naked GoPro is one that has been stripped of its housing and battery, in order to make the camera as light as possible. From now on, that hassle is no longer necessary thanks to the new GoPro Hero10 Black Bones, which has been specially developed for use in combination with FPV drones.

The Bones is essentially the same camera as the Hero10 Black – including the same image quality, frame rates, and GP2 processor as the driving force behind HyperSmooth 4.0 stabilization technology – but packed into a small, thin, and lightweight body designed specifically for use on Cinewhoops and FPV racing drones.

Weighing 54 grams, the new camera is significantly lighter than the Hero10 Black, which weighs 150 grams. This makes it the lightest GoPro ever…