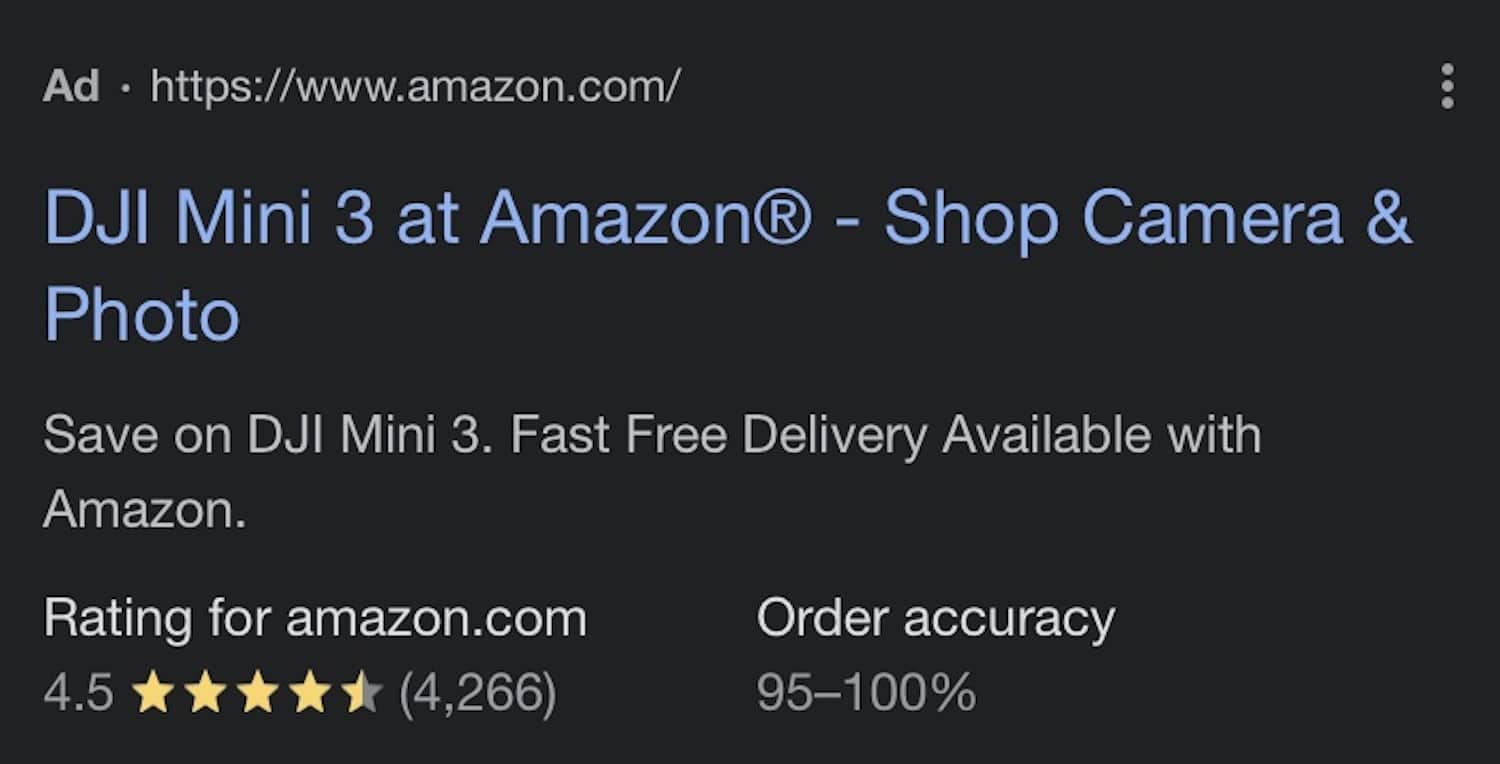 One of our readers shared the following screenshot, which seems to confirm the imminent arrival of the DJI Mini 3.

In a search for information on the yet-to-be-released DJI Mini 3 drone, the DroneXL reader was presented with search results that showed an ad from Amazon.

It seems to be a pretty standard Amazon ad that reads:

In recent weeks we have seen various photos and even a video showcasing the DJI Mini 3, as well as expected pricing.

It seems that the DJI Mini 3 will be available in two versions later this month; a Standard and a Pro version. We do not yet know the difference in specs, but we expect the Pro version to offer superior camera specs and video recording capabilities.

There are even persistent rumors that say that the DJI Mini 3 Pro will offer a 1-inch CMOS sensor. While it maybe hard to imagine how DJI would be…