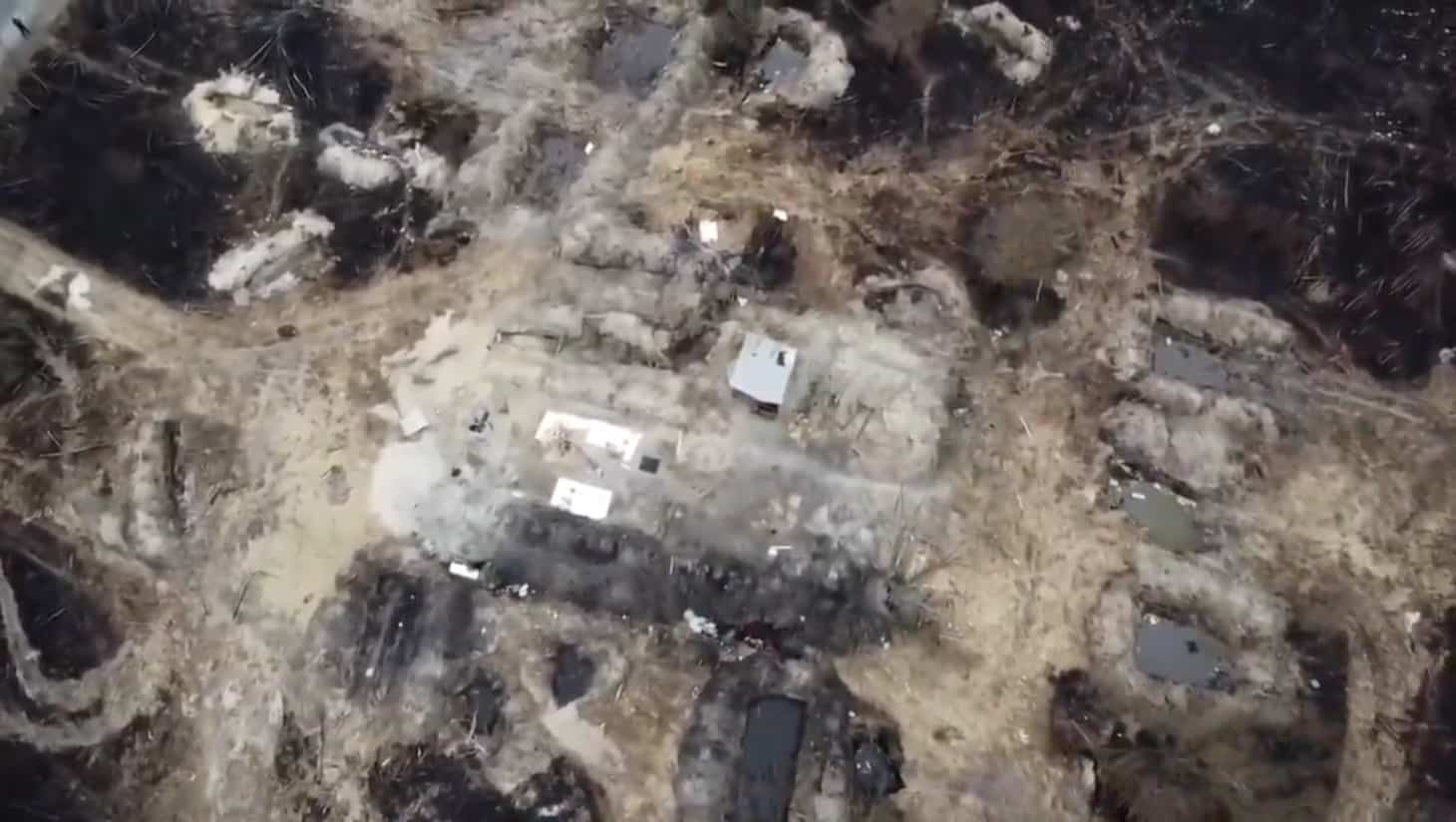 According to drone footage from Ukraine’s military released last week by Energoatom, the state-owned operator of Ukraine’s nuclear power plants, Russian troops who invaded Ukraine’s Chernobyl Nuclear Power Plant from the first week of their incursion until late last week dug pits and trenches in the exclusion zone, a highly radioactive area of Chernobyl, reports CNN.

The drone footage shows vacant trenches of abandoned military fortifications in an area known as the Red Forest.

According to Reuters, the Red Forest got its name when a vast region of pine trees turned red as a result of absorbing radiation from the 1986 Chernobyl disaster, which is regarded as the world’s worst nuclear catastrophe.

The Drone Video shows tank tracks and disturbed ground in the Red Forest, which is considered the most contaminated area in the entire…