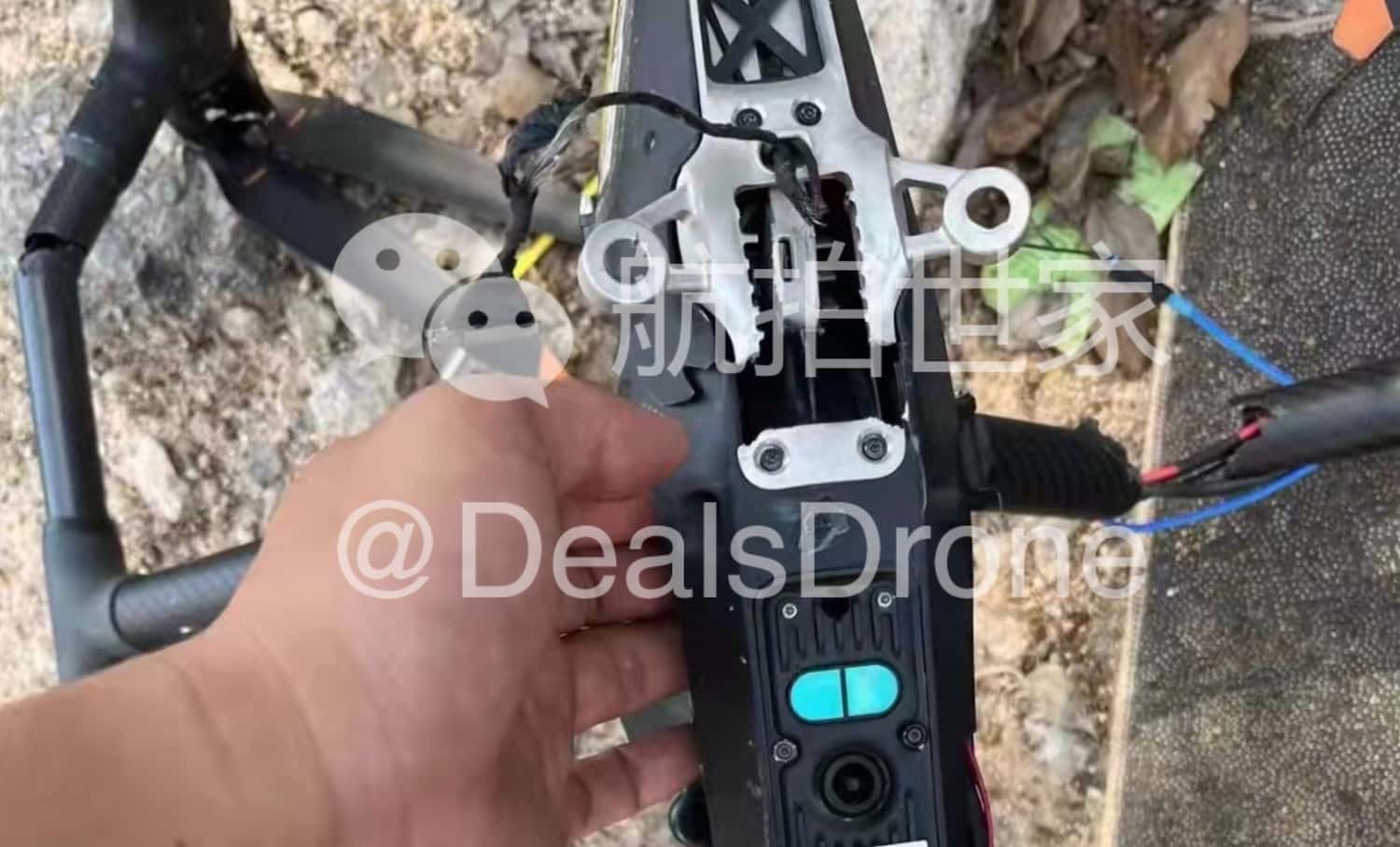 Check out these leaked photos of the DJI Inspire 3. As you can see, the drone is severely damaged with a broken leg, making it officially a news story for the category “Breaking News,” as OsitaLV quipped.

The photos of the damaged DJI Inspire 3 prototype drone were first leaked by DealsDrone and later shared by OsitaLV.

While these photos show a damaged drone, they are still significant as they are the first actual proof of a DJI Inspire 3 drone in development and testing.

Based on the images, it appears that this is a new Inspire model. However, the old carbon-fiber arm construction has remained.

It appears that the new DJI Inspire 3 will be built on an H-shaped frame with retractable landing gear like its predecessor.

The foldable propellers are new. A new sensor for locating the drone beneath its wings has also been added.

Sadly, the location of the drone is unknown. It’s possible that it was a test model of the drone that crashed in a Chinese city,…