Skip to content
Home » News » Is drone footage of bandits cooking in the forest from Nigeria?

Is drone footage of bandits cooking in the forest from Nigeria? 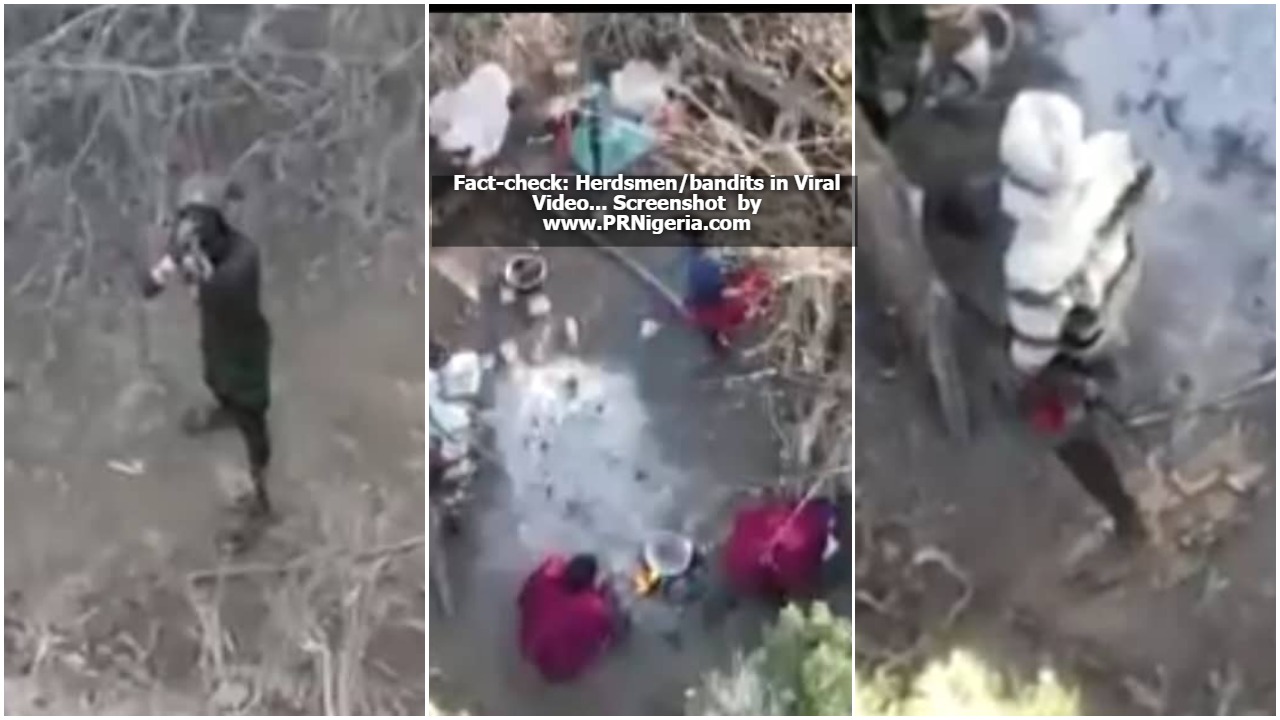 Claim: Recently, a Facebook user shared drone footage of armed bandits cooking in the bush claiming they were the notorious terrorists responsible for kidnapping Nigerians.

Verdict: Investigations by PRNigeria show that the footage first emerged in Kenya, showing armed cattle rustlers hiding in a dense group of bushes and trees in Pokot area of Kenya. The footage does not show Nigerian bandits.

Full Text: Following the recent attacks by bandits on the Abuja – Kaduna train track which left some killed and scores abducted, many Nigerians have expressed concerns about the worsening state of insecurity in the country especially along the Abuja-Kaduna axis.

Also reacting, a member of the All Progressives Congress (APC) in Lagos State, Joe Igbokwe, shared video footage claiming that it…