Ukrainian Drone Chases Russian Soldier Back To His Unit 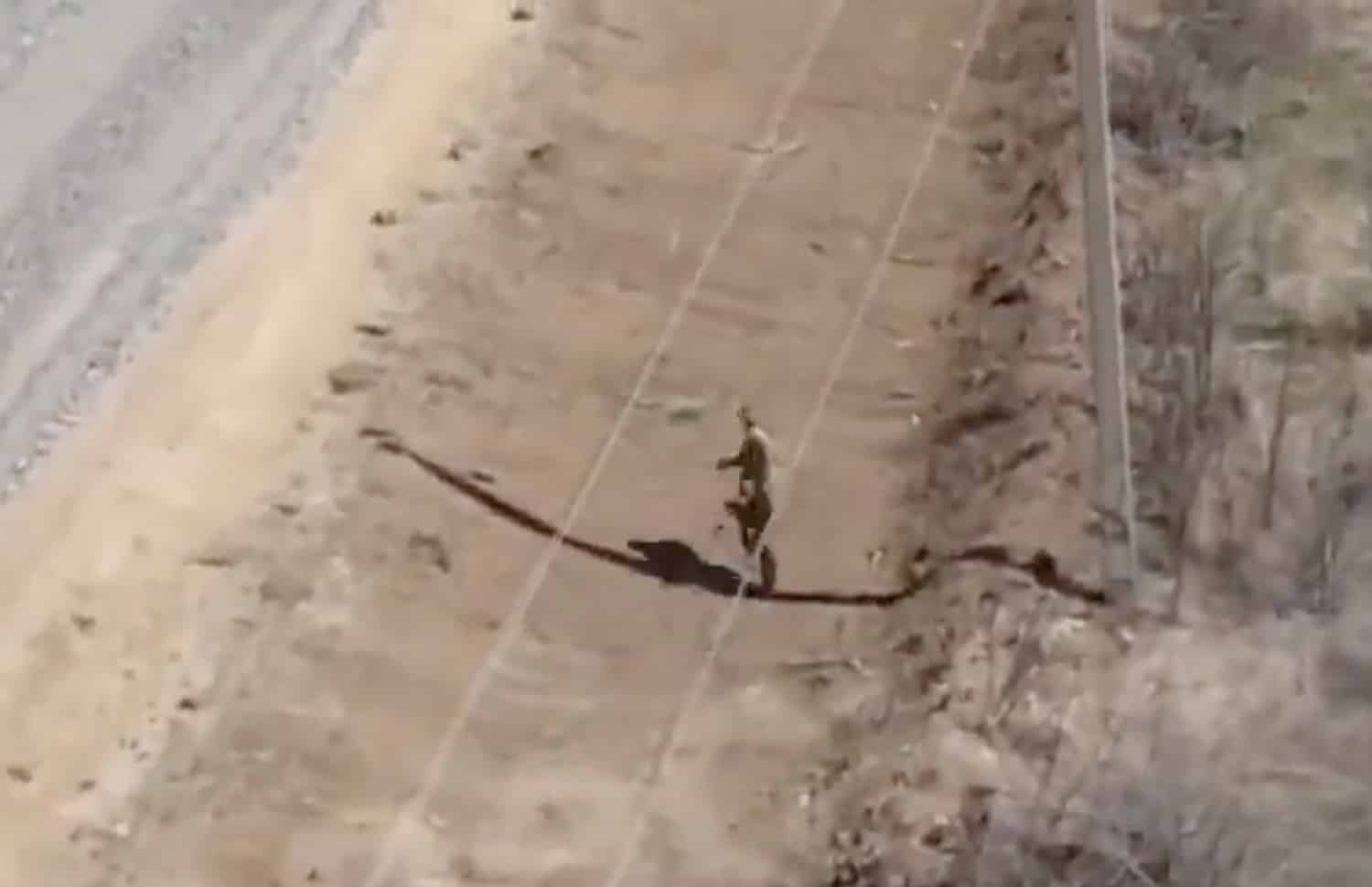 Obviously, the soldier was no match for the drone, as it was able to chase him all the way back to Russian positions.

Once he reached his unit, the Russian soldiers apparently opened fire on the unmanned aircraft.

The Russian unit was reportedly ‘effectively targeted’ by the Ukrainian artillery.

On Twitter, folks pointed out that running away from a drone makes little sense.

“Goodness. He didn’t invoke a drop of stealth. Who in the world runs out in the open back to base with a drone following?” one person said.

Drones have played a significant role to the advantage of the Ukrainian defense forces as they are defending their country from the Russian invasion.

However, never before have we seen a Ukrainian drone literally chase a Russian soldier down the…