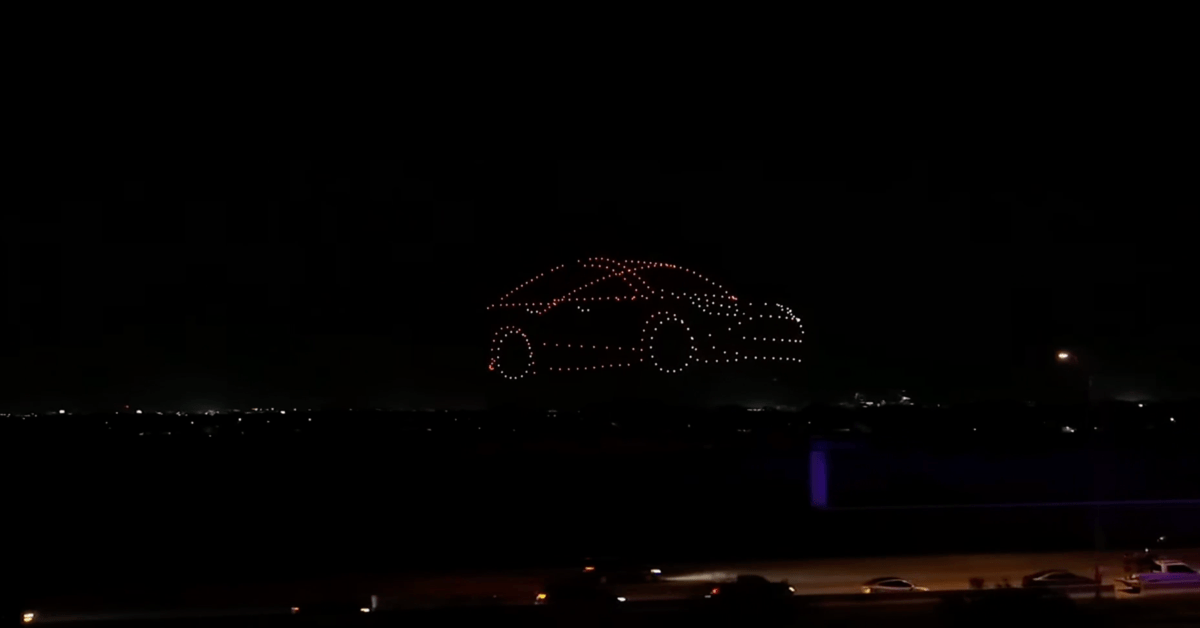 Tesla’s GigaTexas plant will begin producing the company’s crossover EV, the Model Y using a new battery format, which you can read more about on our sister site Electrek. What we care about is the drone show that took place at the start.

Drone shows have become a popular way for celebrations to put on fantastic displays. Forming massive pieces of art in the skies as Tesla did. Some of the displays were the state of Texas, its Model Y and Cyber Truck vehicles like we said before, and of course, it wouldn’t be an Elon Musk event if it didn’t include a Doge.

Check out the entire event on Tesla’s YouTube channel.

A brief overview, to meet its demand, Tesla chose Austin, Texas to…