Did this police drone crash help DJI improve the M300? 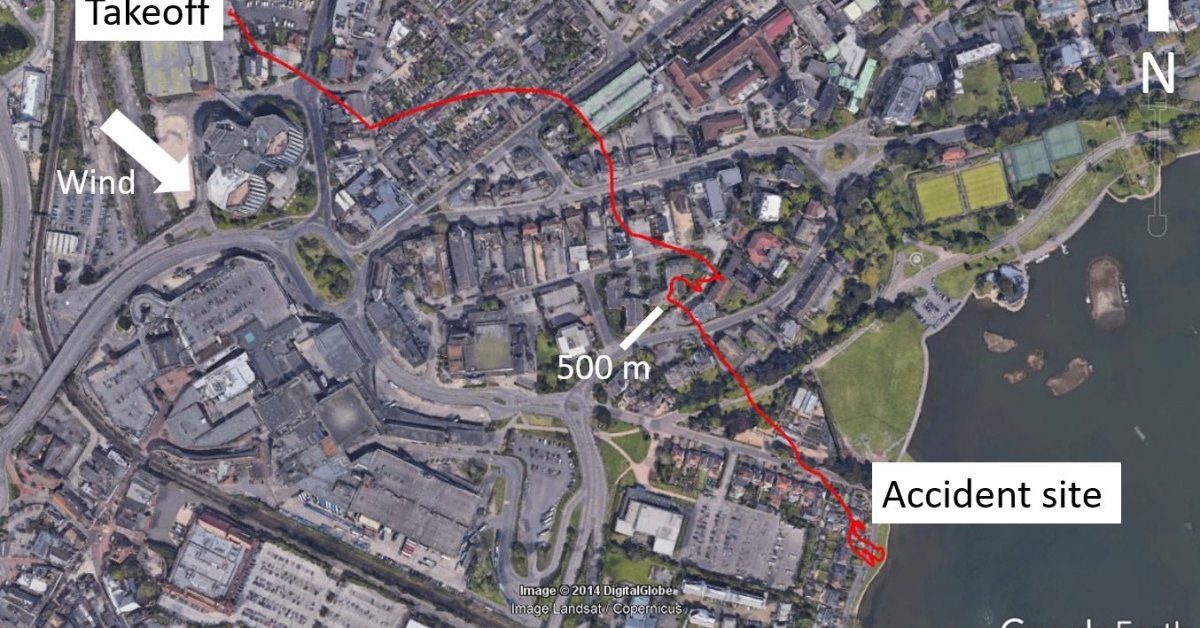 The UK Department of Transport has just released a report that details how a police officer lost control of his DJI Matrice 210 (M210) V1 drone before it crashed into the first-floor balcony of a house. Although no one was hurt, the report warns that “people could have been seriously injured by the propeller blades” if the balcony had been occupied.

The incident took place on November 19, 2020, in southwest England. The drone was being flown during a police operation when the wind at 400 ft exceeded the forecast wind as well the maximum wind resistance limit stipulated by DJI.

The drone quickly drifted beyond the visual line of sight (BVLOS), after which communication with it was lost. When the battery got critically low, the drone entered into an auto-landing mode. However, it ended up colliding with the wall of a house and damaging its propeller blades before coming to rest on a balcony.