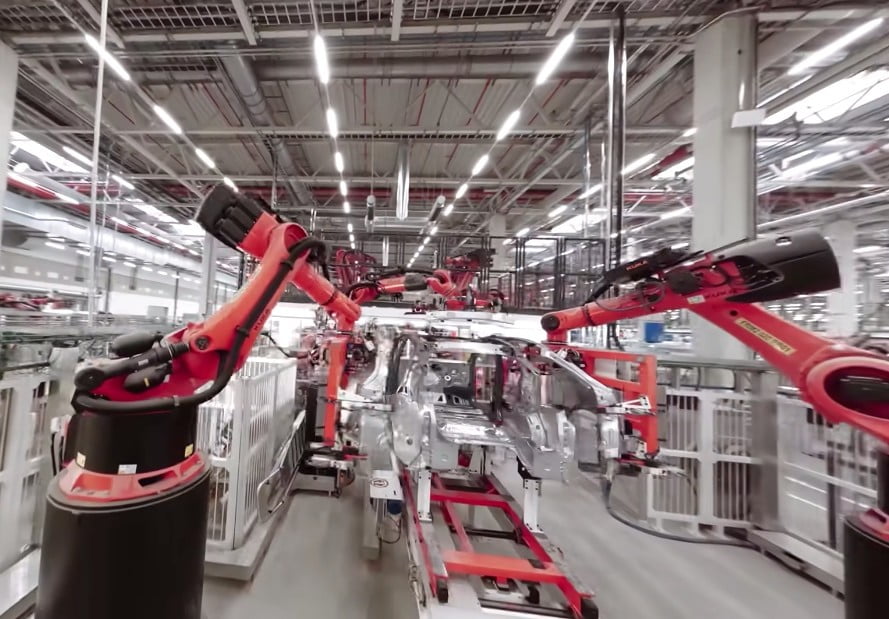 A new drone video features a high-speed tour of Tesla’s first European car factory, which opened to much fanfare in March.

The stunning drone video (below) zips through multiple locations — including parts of the assembly line — inside Tesla’s gleaming facility, which reportedly cost more than $5 billion to build.

Located near Berlin, Germany, and employing around 10,000 people, the Giga Berlin factory will produce around half a million Tesla Model Y vehicles annually once it’s operating at full capacity.

According to Electrek, crack drone pilot Ferdinand Wolf operated the drone. The Skynamic team member used a small cinewhoop-style quadcopter for the fly-through, a versatile aircraft designed especially for the kind of tight spaces and sharp turns that feature in the Giga Berlin video.

The fly-through ends with a dramatic aerial view of Tesla’s sprawling site, which covers an area of about 1.2 square miles.

In a separate clip (below) shared by Wolf on social…