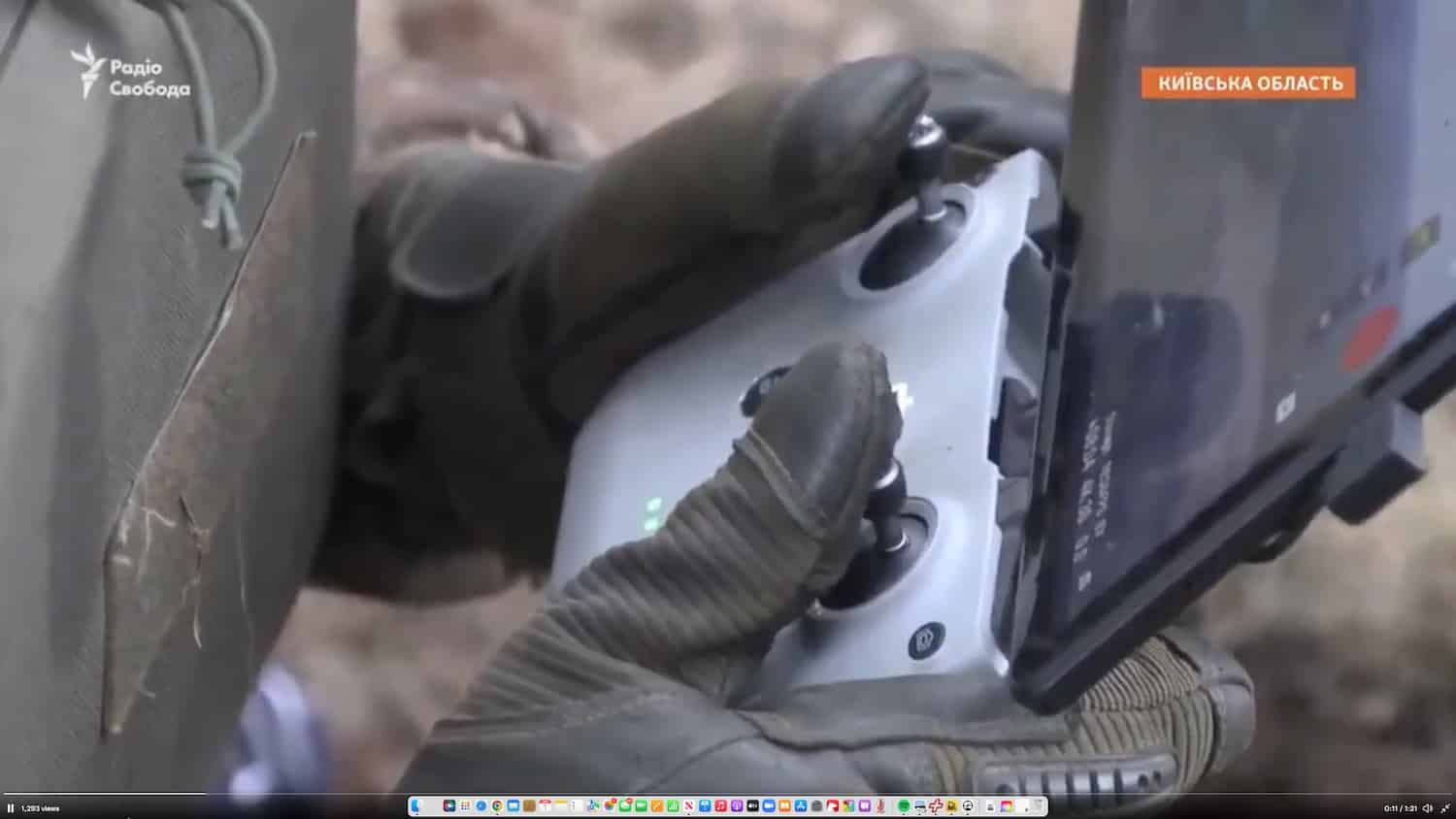 The Ukrainian army uses the DJI Mavic 3 with its powerful 28x hybrid zoom functionality to help guide mortars onto the positions of the Russian invaders.

In an earlier post today, we reported that Ukraine has continued to buy DJI drones by the thousands.

The Ukrainian army acquired 2,372 quadcopters, including many DJI drones and 11 military unmanned aircraft systems (UAS) for $6.8 million with funds contributed by the Come Back Alive fund.

While Ukraine’s Mykhailo Fedorov, the country’s Deputy Prime Minister and Minister of Digital Transformation declined to explain what the DJI drones would be used for the video below provides an explanation.

The video that is less than two minutes long first shows us a DJI Mavic 3 drone taking off. In the second shot we see a Ukrainian drone pilot using the standard DJI controller for the M3 to control the drone.