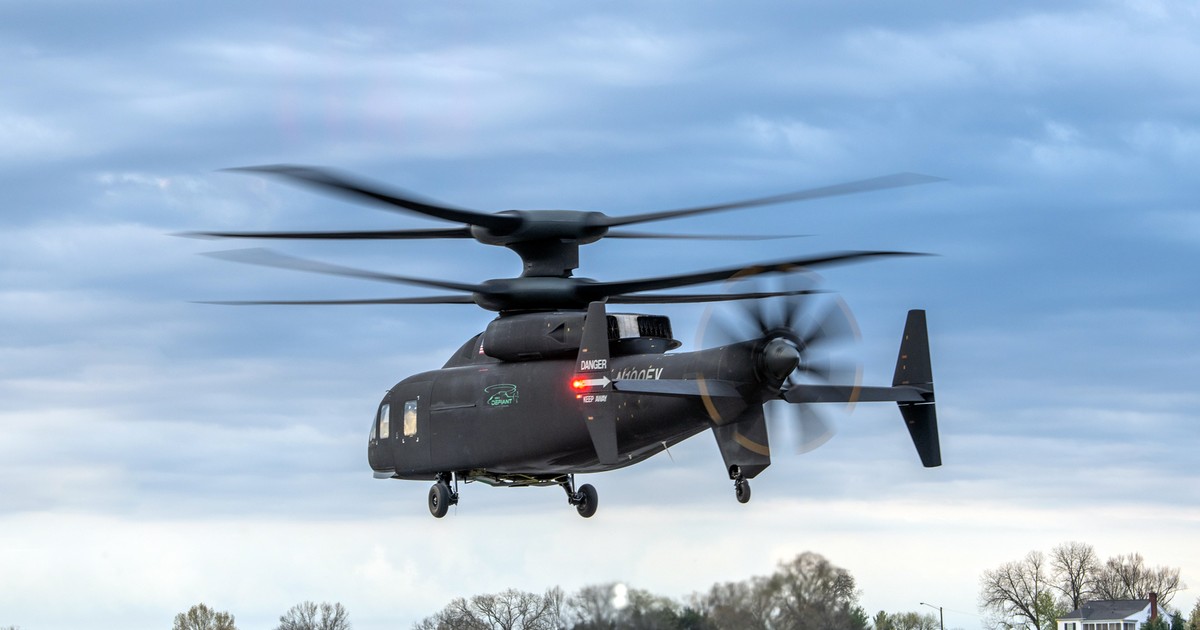 According to Lockheed, the purpose of the first flight of the Defiant outside of Florida was to showcase the aircraft at the US Army Aviation Association of America’s annual summit, which is a yearly meeting to discuss matters concerning military aviation.

During the flight under the control of Sikorsky test pilots Bill Fell and Boeing’s Ed Henderscheid, the Defiant used only 50 percent of its engine power and less than 50 percent of its propulsor torque that drives the aft push propeller. When in full operation, the craft can cruise at speeds of 288 mph (460 km/h), which is considerably faster than conventional helicopters.

“Defiant behaved flawlessly,” said Henderscheid. “Fuel burn was at or even less than what we expected….