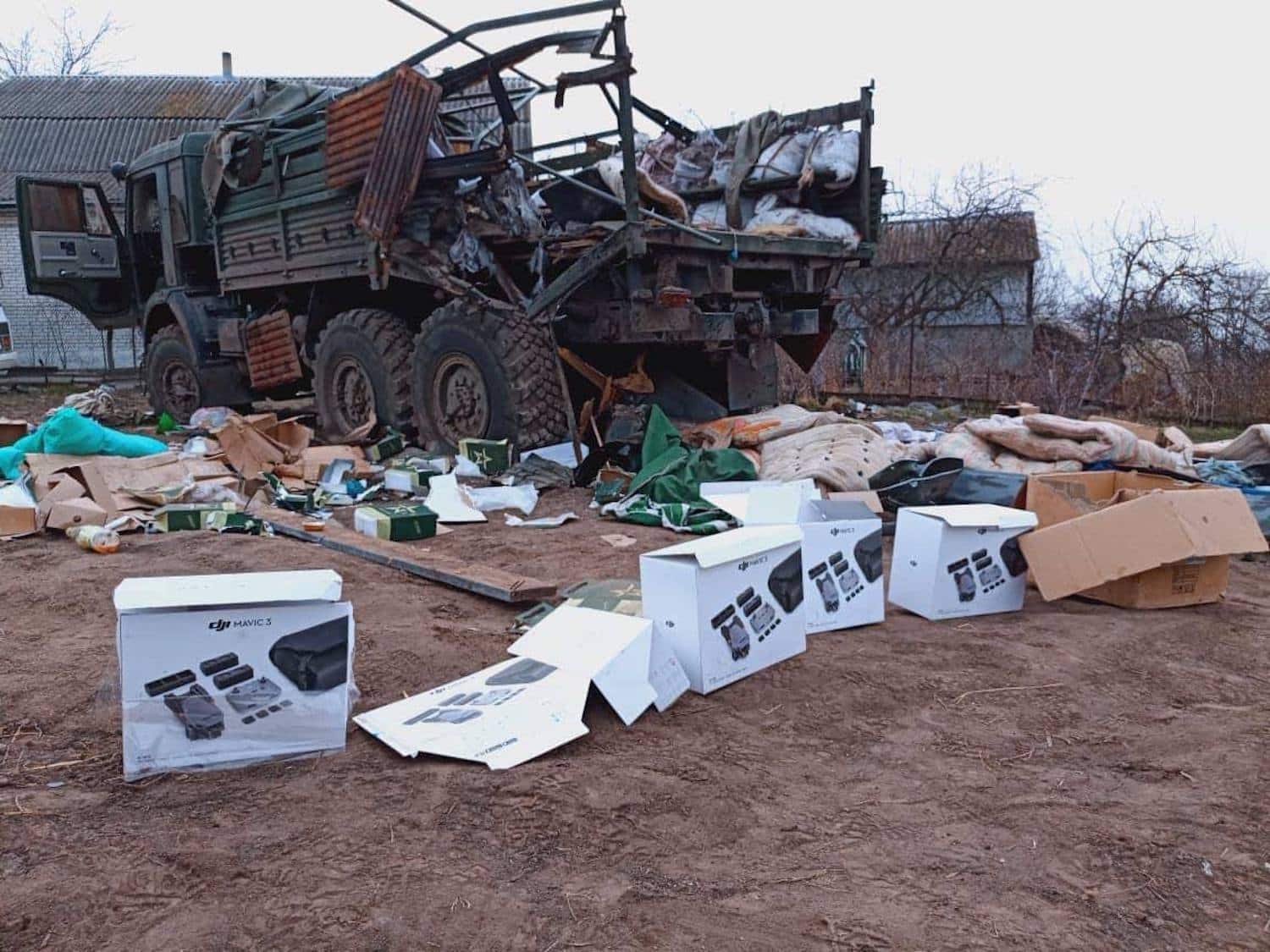 Today, photos were shared on Twitter showing many boxes of the DJI Mavic 3 Combo that had been left behind by the Russian army as they seemingly left in a hurry.

The boxes had been left behind by a drone unit of the Russian army in a pile of rubble next to a damaged military truck.

It appears that the Russians had left in a rush but not before opening the DJI boxes and taking the DJI drones with them.

The #Russian Ongoing Aggression Against #Ukraine DJI Mavic 3 Combo #drone, these drones are being used by the Russian army in Ukraine.

At this point in time, we do not know when and where these photos were taken.

So far most of the drone footage and photos we have received and seen on social media are from the Ukrainian defense forces.

Reportedly, the Russian army has access to DJI products such as DJI Mavic 3 drones and the DJI AeroScope drone detection…