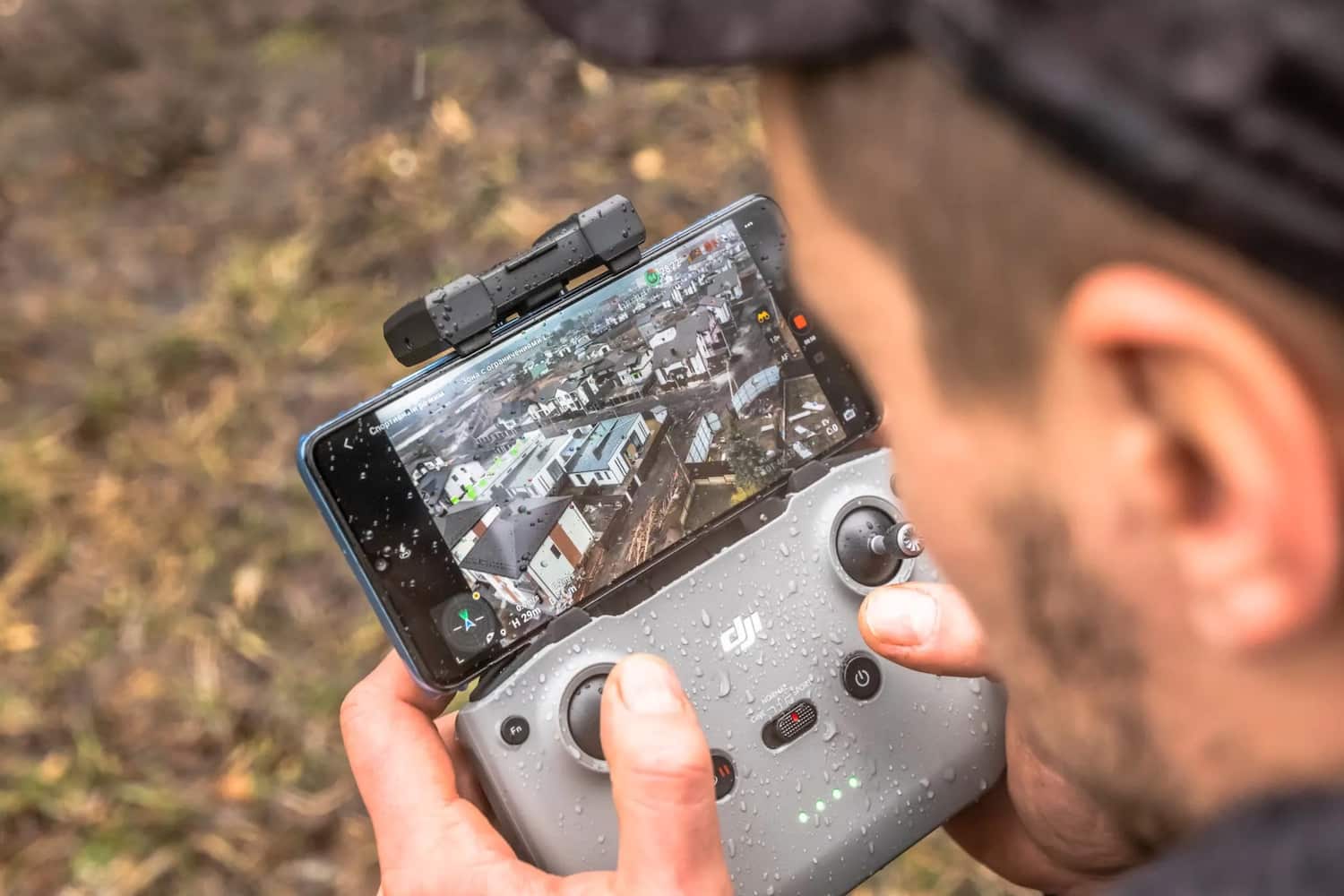 The Ukrainian army has been using a number of different drones for various missions in their fight against the Russian invaders.

Today, we came across this photo in the NY Times, that shows a Ukrainian drone pilot flying what appears to be a DJI Mavic 3 drone, based on the little yellow binoculars icon shown on the screen.

“Using a smartphone attached to a remote controller for a drone, a fighter in the Ukrainian forces conducted surveillance over Irpin, outside Kyiv,” says the NY Times. “The fighters used the drone to spot ambushes as they worked to clear out Russian forces from the embattled suburb.”

Tapping the binoculars icon will get you into the Explorer Mode of the DJI Mavic 3 which allows you to use the 28 hybrid zoom mode.

The 28x hybrid zoom mode starts with using the main camera and as you zoom in further, the drone will switch to the telephoto lens. You can see a demonstration of this in the video…