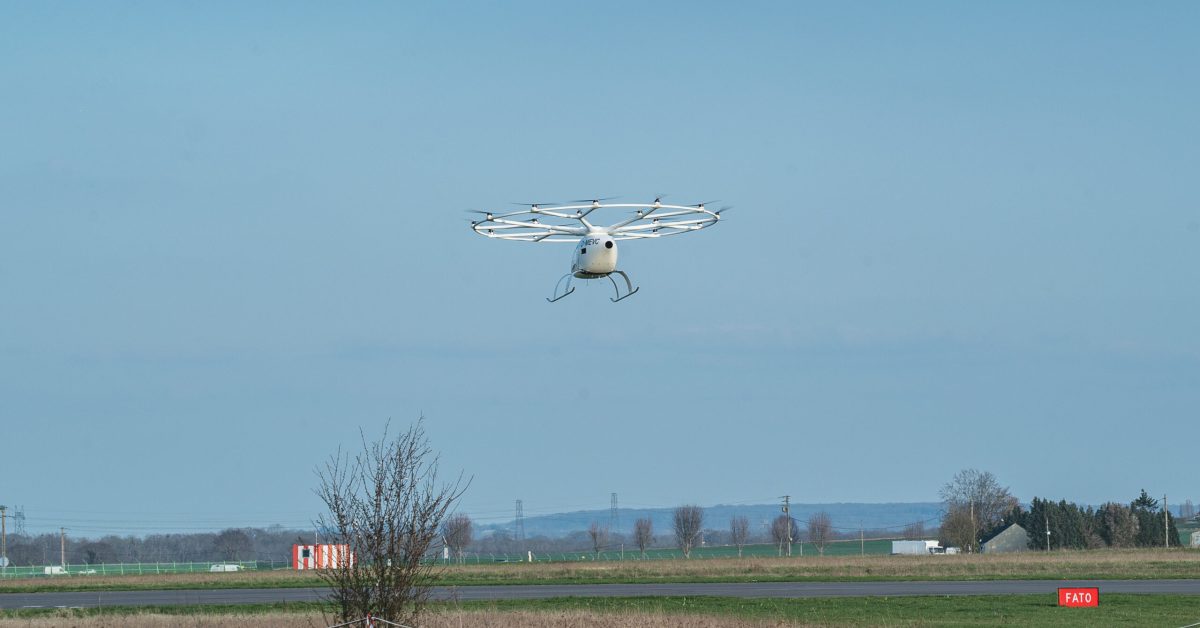 In the company’s next step in preparing for the 2024 Paris Olympics, Volocopter performed a crewed test flight outside Paris, France.

Announced on March 24 but taking place on March 21, Volocopter took its full-scale prototype, the 2X, for a flight around Pontoise airfield in Paris.

We have demonstrated our pioneering power once again here in Paris. By flying our aircraft in a crewed configuration at a Paris airport, we are proving to one of our launch cities firsthand that our aircraft will offer a practical addition for potential airport-to-city routes.

This was the company’s second flight of the 2X in Paris, the first happening last June. That uncrewed flight, which lasted about three minutes, showed the public what air taxis look like as the company leads the market in offering the service in Europe.

This week’s flight, in which the company didn’t disclose how long the flight lasted,…