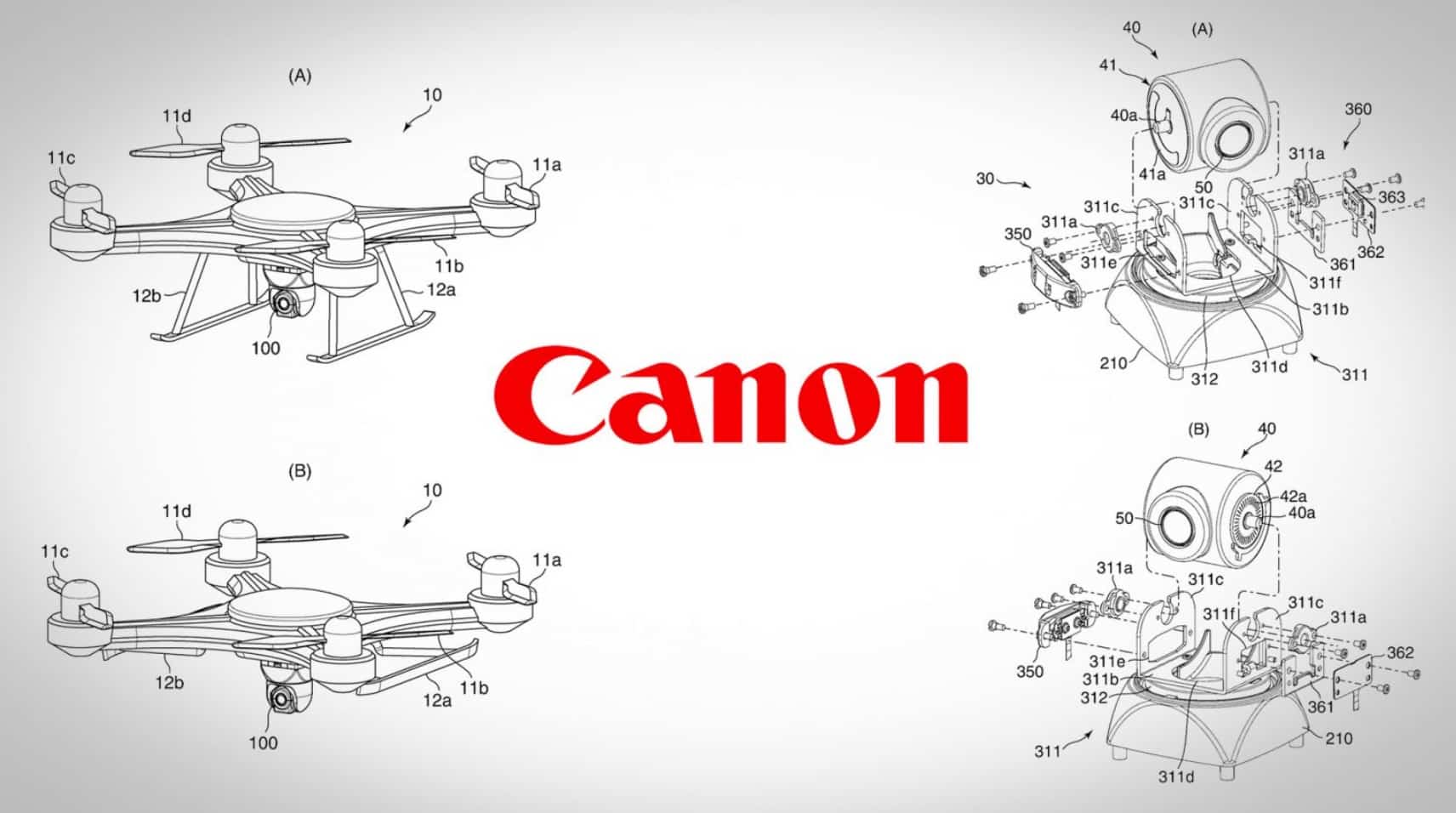 It seems that camera maker Canon has plans to enter the drone market. The company has applied for a patent for a gimbal system for small drones.

The question is, however, whether Canon focuses on consumer applications with the patent: the gimbal module looks more like a security camera than a regular three-axis gimbal system.

As can be seen from images in the patent application, the construction of the gimbal system resembles that of a movable security camera. By rotating and tilting the camera, the entire environment can be viewed…