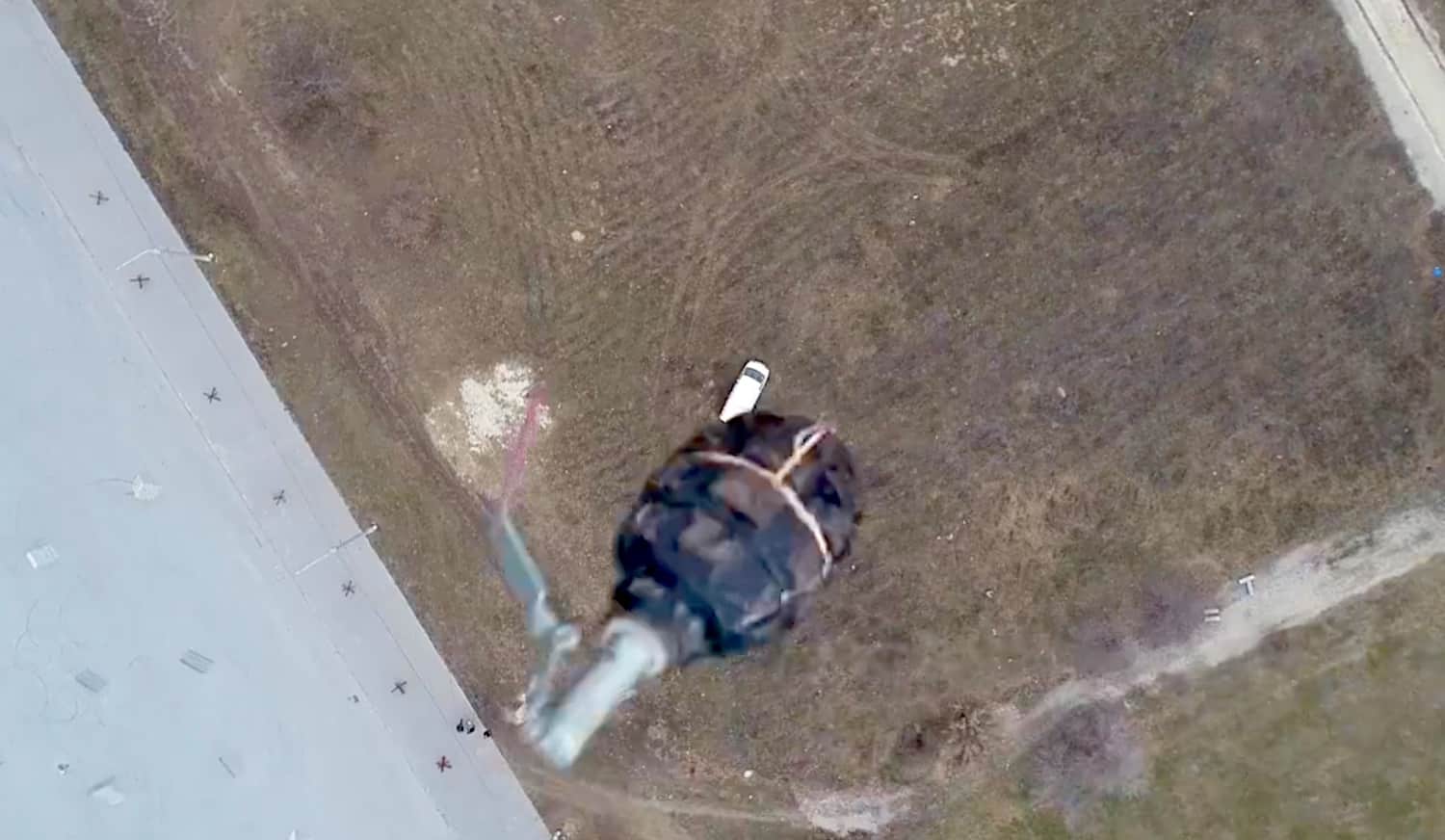 In Ukraine, a local UAS company used a modified DJI drone, reportedly a DJI Phantom 4, to drop a grenade on a vehicle.

On Twitter, the following short video was shared by Calibre Obscura that shows a grenade being dropped on a car from about 400 feet in altitude.

“A local UA company developing a way to drop payloads onto Russian vehicles simply from COTS drones; here an F-1 grenade is dropped from a DJI Phantom 4 onto a car from 100m,” Calibre Obscura tweeted. “Note that this is civilians developing this for defense, not the Ukrainian Army.”

The video was recorded by the drone so while we can see the modified DJI drone gaining altitude, positioning itself over the vehicle, and dropping the explosive, we cannot see the drone itself.

The video seems to show a test of the modified DJI drone being able to drop a grenade as we do not see an explosion at the end of the clip.