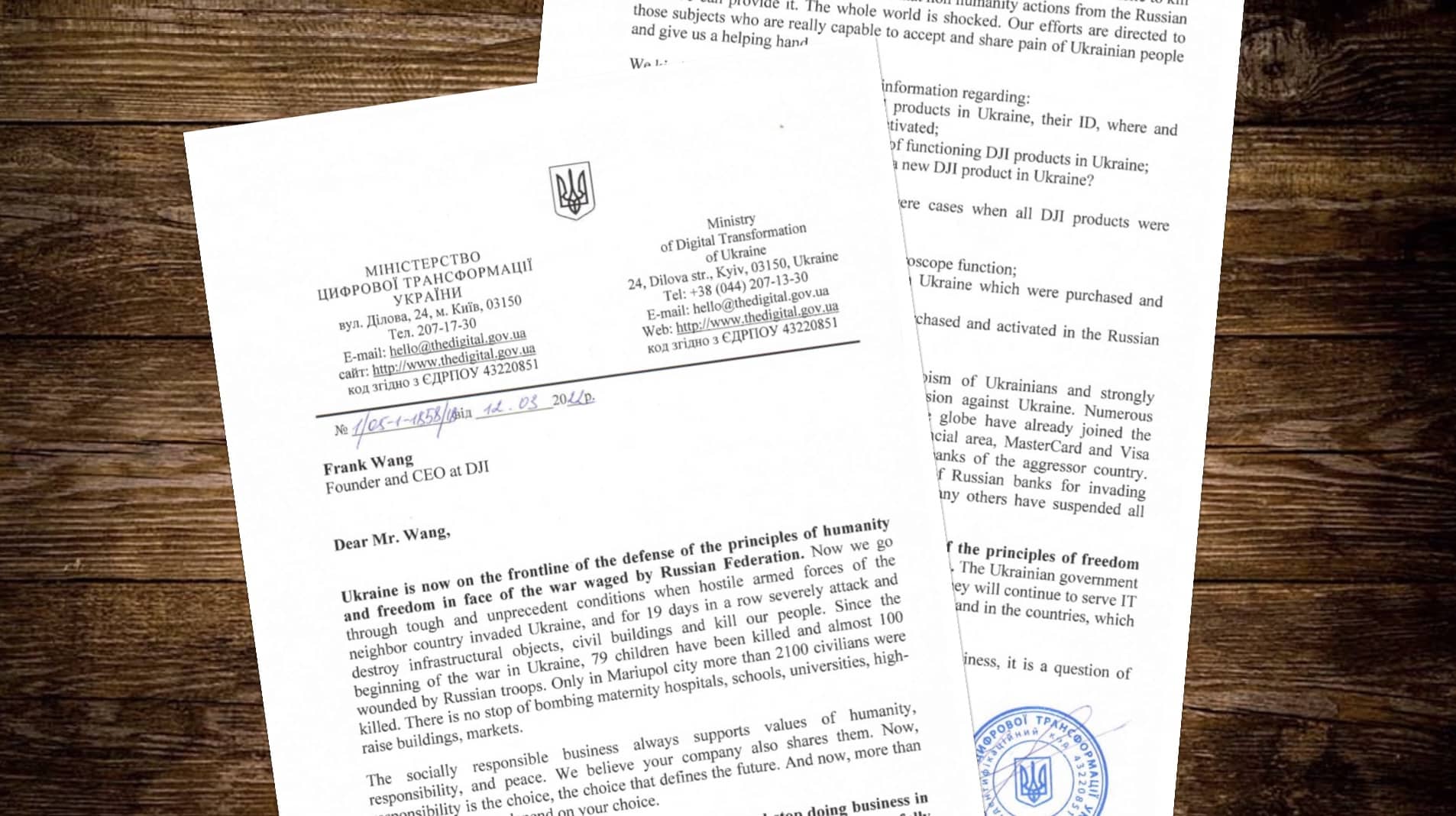 Today, the Ukrainian Vice Prime Minister – Minister of Digital Transformation of Ukraine, Mykhailo Fedoroy sent an open letter to DJI’s Frank Wang, urging the drone maker’s CEO to block the DJI drones that are used by the Russian army to help aim their missiles at Ukrainian military and civilians.

The letter was accompanied by a message from the Vice Prime Minister on Twitter.

“In 21 days of the war, russian troops has already killed 100 Ukrainian children. they are using DJI products in order to navigate their missile. @DJIGlobal are you sure you want to be a partner in these murders? Block your products that are helping Russia to kill the Ukrainians!”

Here’s the text from the official letter:

Ukraine is now on the frontline of the defense of the principles of humanity and freedom in face of the war waged by Russian Federation. Now we go through tough and…