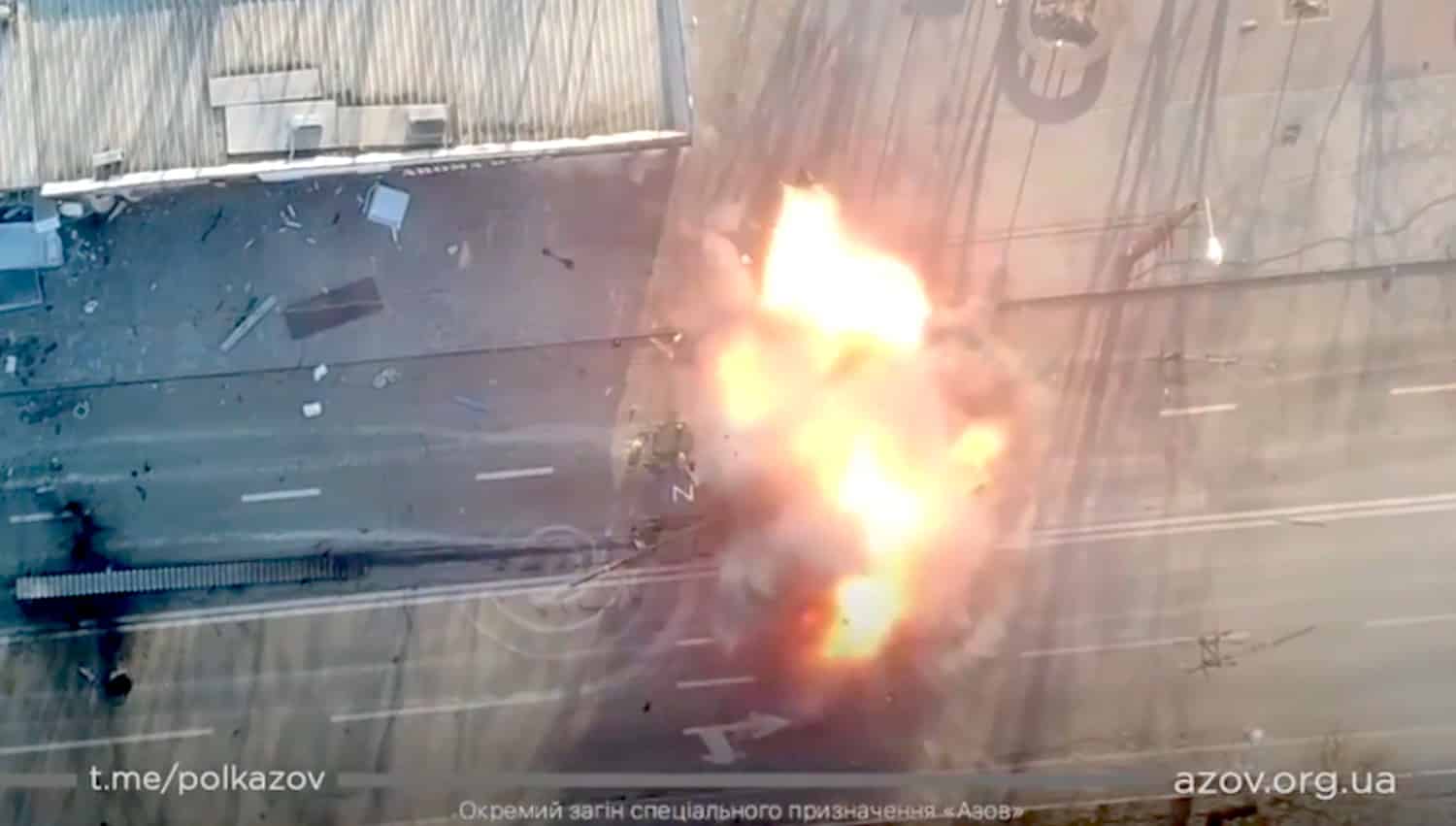 A drone captures a Russian tank being blown up by Ukrainian defense forces in Mariupol. One soldier of the armored military vehicle tries to escape in vain.

The Ukrainian military just released this video on Youtube that shows a Russian tank being blown to pieces. A Russian tank operator, recognizable by the white band on his uniform tries to escape but is hit by a second explosion.

The short clip shows the tank marked with a white ‘Z’ rolling down what seems to be a deserted street in Mariupol. Moments later the heavily armored vehicle comes under fire from the Azov Battalion’s artillery.

One Russian soldier can be seen climbing out of the tank and trying to reach safety along the side of the road.

It is unclear how many Russian soldiers died in the strike or if any were captured.

Drones have been widely used during the invasion of Ukraine. However, flying an unmanned aircraft in a warzone is not entirely without risk as you can see here.