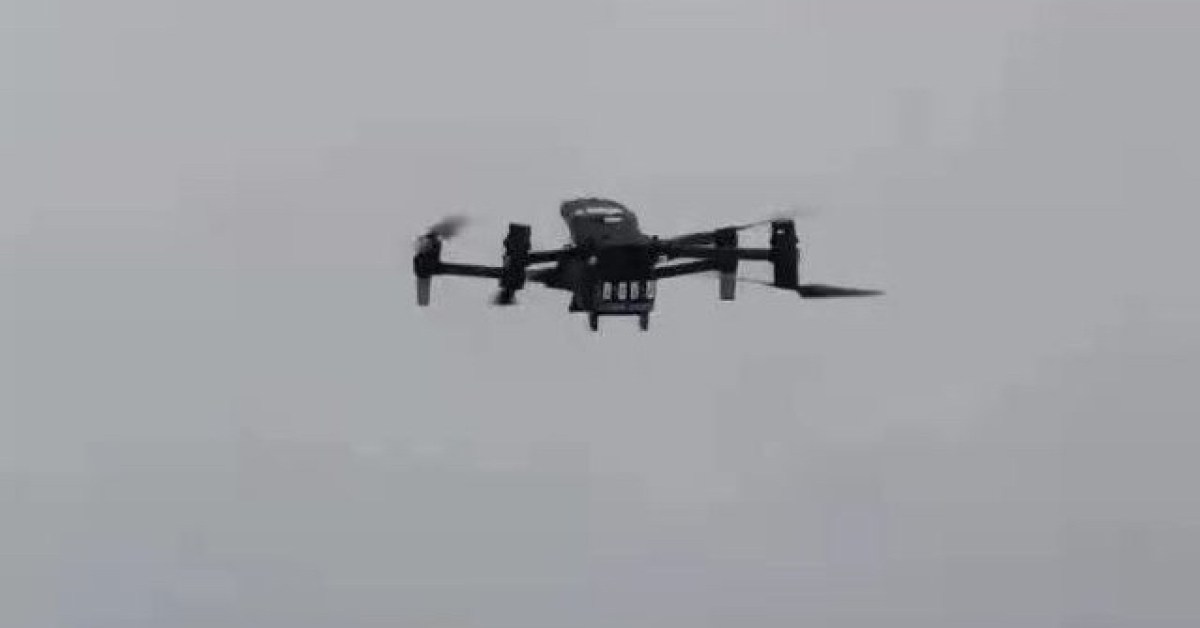 Much excitement has been generated in recent days by information suggesting that DJI is working towards the release of a Mini 3 UAV in coming weeks. Now the same leakers of photos and specs driving that rumor have provided images of what looks to be a foldable Matrice drone that – if produced – could either be a M400 RTK or M30.

Reliable online leakers of inside DJI dirt DealsDrone and OstiaLV have been the main suppliers of photos behind the online hypothesizing about the Matrice-esque drone featured in them – a craft being informally referred to as an M400 RTK or M30. The first images came on Twitter from @DealsDrone in a pair of tweets with eight different pics.

“A foldable M300 RTK?,” the first post asked, before a second speculated “May be it is M400， rumor said M400 will have automatic machine nest?”

A third featured an additional shot of a spindly-armed, boxy-bodied craft, with an accompanying shot of a remote.