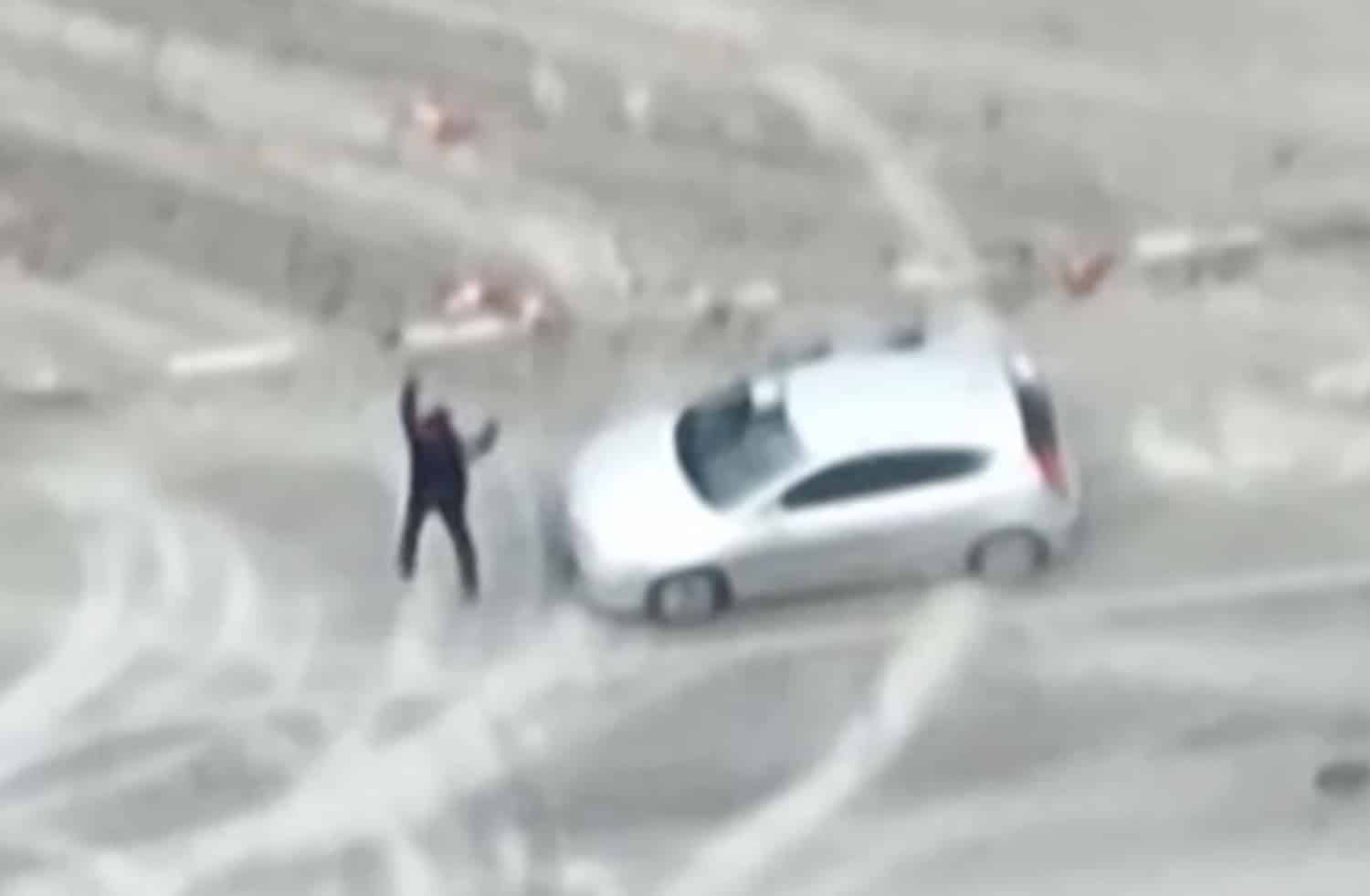 Footage of a DJI Mavic 3 surveillance drone shows the killing of a civilian by Russian forces a few miles west of Kyiv. Viewer discretion advised.

The drone footage adds to the mounting suspicion and potential evidence of war crimes being committed by the Russian army.

The footage from the DJI Mavic 3 surveillance drone was sent to the German news outlet ZDF Frontal by an anonymous Ukrainian source.

The evidence consists of two Drone Video clips one of which is about two minutes long and the other one is almost four minutes in duration.

The drone footage was recorded on March 7th, 2022 early in the afternoon.

The DJI Mavic 3 surveillance drone recorded events that occurred on the E40 expressway a few miles west of Kyiv.

On the north side of the highway, close to a gas station, the Russian army has positioned a tank and a few soldiers carrying rifles. The Russian forces are easily…