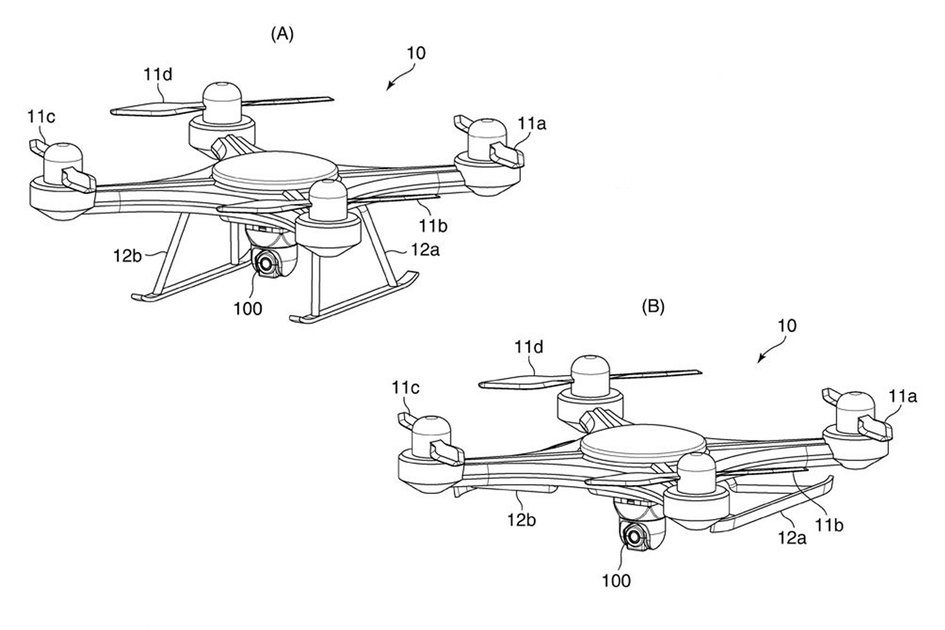 (Pocket-lint) – The drone market has a heck of a lot of great value options right now, but it’s fair to say that an outsized proportion of them come from DJI alone.

Digital Camera Info has spotted a patent application filed this week by Canon that looks to all intents and purposes like a drone, one with landing apparatus that fold away once it’s airborne.

The main camera unit looks a lot like the already existing Canon Powershot Pick, a mounted camera that can follow people around automatically, so it could be using that device’s panning and other automatic features as its base.

The lightweight nature of the Powershot Pick, and its impressive photo and video performance, mean that mounting it on a drone is a pretty tasty proposition, but there are obviously a lot of unknowns with which to caveat it.

For one, we don’t know how Canon would fare with building the navigation side of the device, and we…