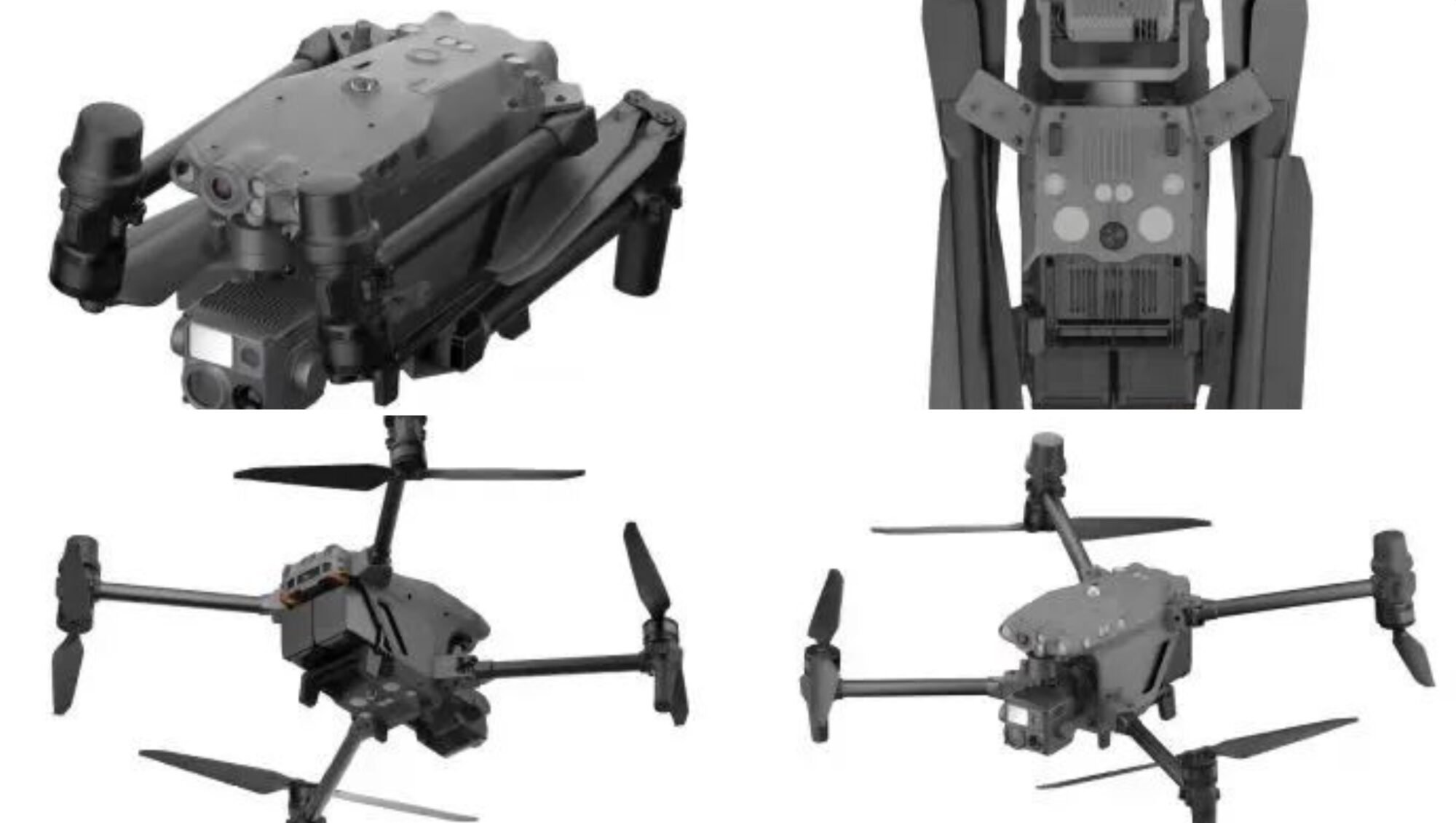 Earlier this morning, these photos were leaked online showing what appears to be a new foldable DJI Matrice drone. Possibly called the M30 or M400 RTK.

The new leaked photos were widely spread on social media.

The series of photos shows what seems to be a foldable DJI Matrice drone. Almost a mix between the recently released DJI Mavic 3 and the DJI M300 RTK. Foldable and ‘compact’ but also clearly modeled after the M300. Could be the best of both worlds really.

The photos show the new DJI Matrice drone has two batteries sliding in from the back as is now customary with all new DJI drones.

At the front, we see what seems to be a 3-axis mechanically stabilized camera, possibly outfitted with a telelens combined with a wide-angle lens to offer an extended digital zoom option, as well as a thermal camera.

There is a chance that the payload can be swapped out. If you look closely, you’ll see that the drone itself also…