Cry For Peace Visualized In Drone Show For Ukraine 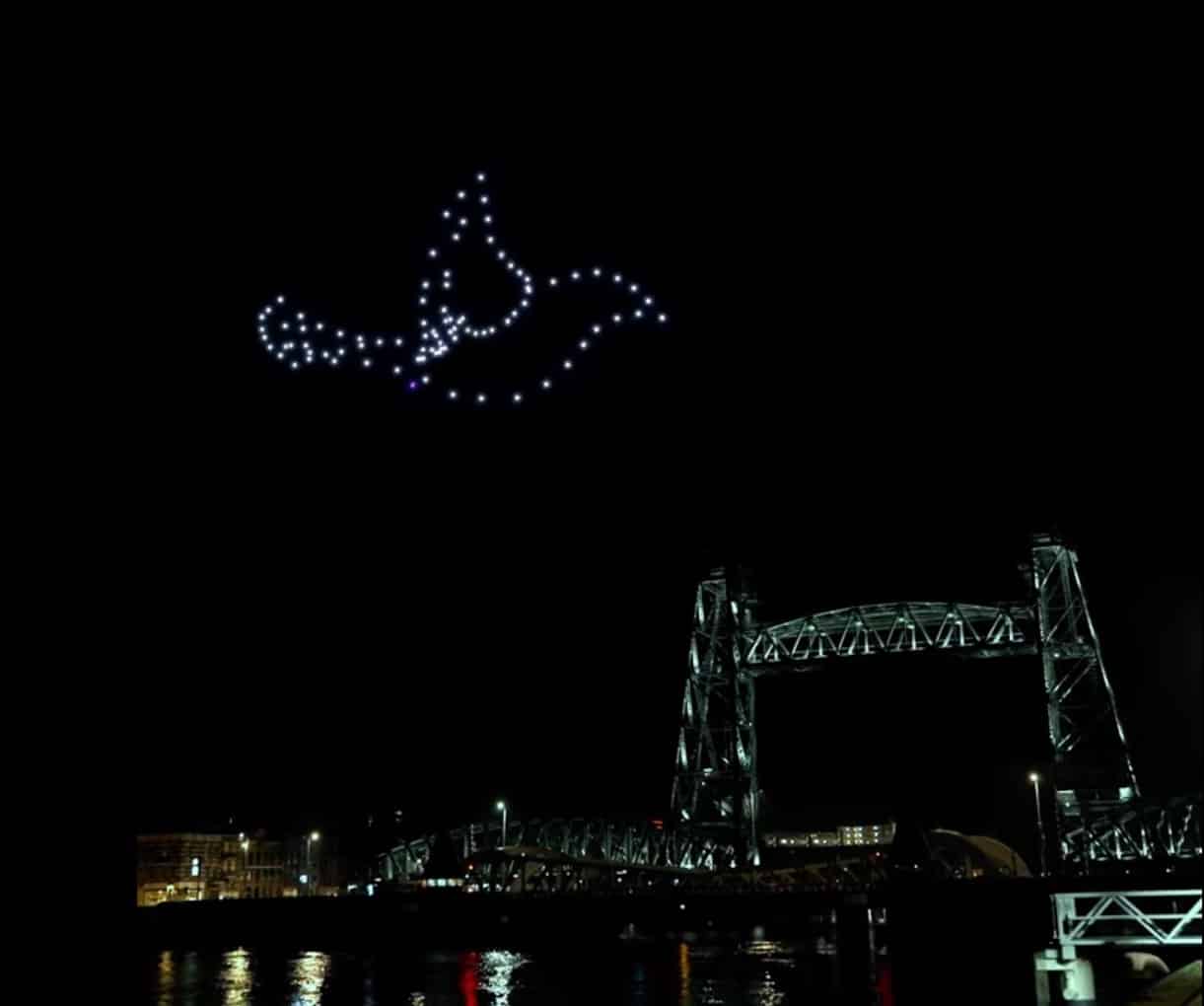 A very special light artwork was realized in Rotterdam last week. By means of a short drone show, a dove of peace was projected, dropping bird droppings onto a tank. The tank then turns into a beautiful flower.

With the drone show, which was performed in the middle of the night and recorded with De Hef in the background, the initiators want to encourage everyone who is concerned about the situation in Ukraine.

The light artwork entitled ‘ASAP’ (as soon as possible) was conceived and developed by Jeroen Everaert of creative agency Mothership.

“I hope to encourage everyone with this light artwork. A message that reaches everyone. With a dove of peace that is recognized by everyone in the world as a sign of peace.” A total of 100 drones were used to bring the animations to life.”

The show was technically realized by Anymotion Productions. The direction was in the hands of VideoAgency.