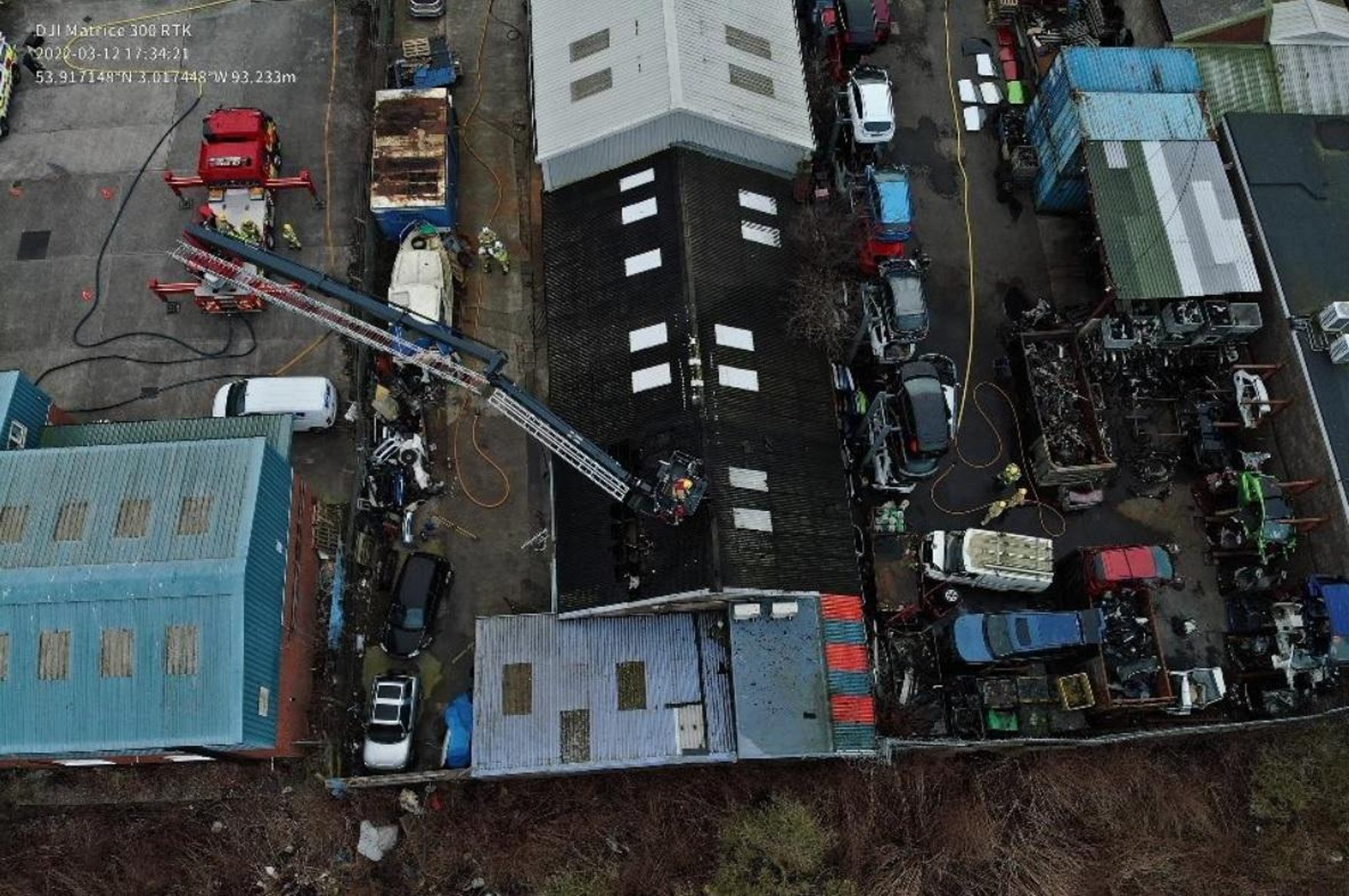 The eye in the sky gave firefighters an important aerial view of the incident in a car breakers’ unit in Siding Road.

Seven fire engines from Blackpool, Bispham, Fleetwood and St Anne’s and an aerial ladder platform from Morecambe attended the incident after the alarm was raised at around 2:20pm.

Crews had to break into the premises using a petrol-powered saw and used breathing apparatus, two jets and a hose reel to put out the blaze.

The i newsletter cut through the noise

In all fire appliances were present for eight hours making sure the site was safe.

It is not thought anyone was injured.

A spokesperson for Lancashire Fire and Rescue Service said: “The fire involved a commercial building.