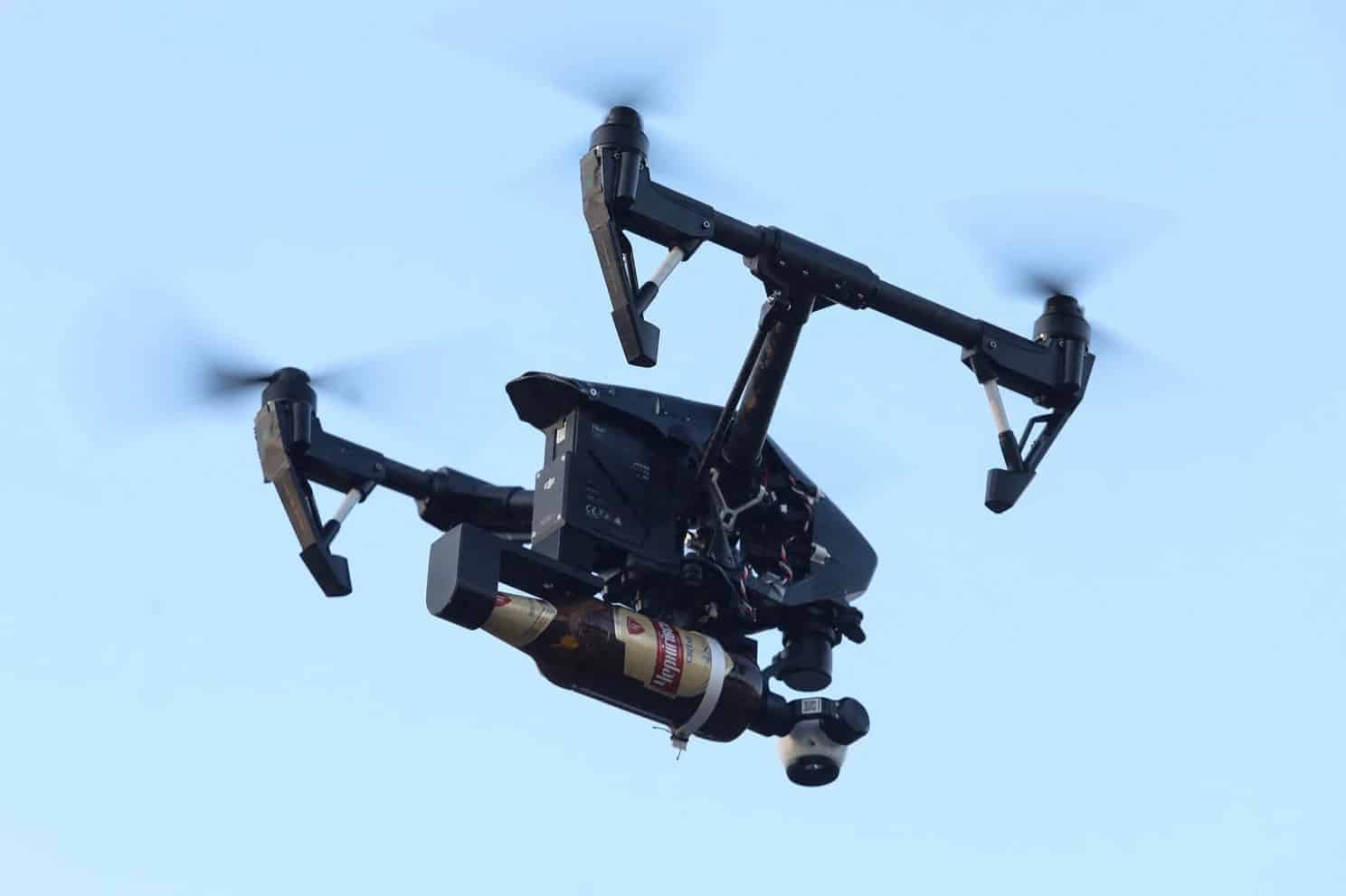 Defending against the invading Russian aggressors, the Ukrainian military has developed a Molotov drone. Or more specifically, a DJI Inspire 2 to drop the flammable cocktails.

The Molotov drone was developed by the Ukrainian Territorial Defence Forces and can hold the highly flammable cocktail horizontally before being deployed. The drone that is used for the attacks is a DJI Inspire 2.

The drone reportedly dropped a ‘special’ bottle of Chernihivske beer in Kyiv on Thursday.

Both the Ukrainian military as well as Ukrainian citizens have been using Molotov cocktails against the invading Russian troops.

Instructors have been teaching Ukrainians to utilize Molotov cocktails against the highly armed Russian personnel, and the directions for making them have been aired on Ukrainian radio.

Workers at the Pravda brewery in Lviv, Ukraine, announced their intention to convert to manufacturing petrol bombs in order to prepare for a further escalation of the…