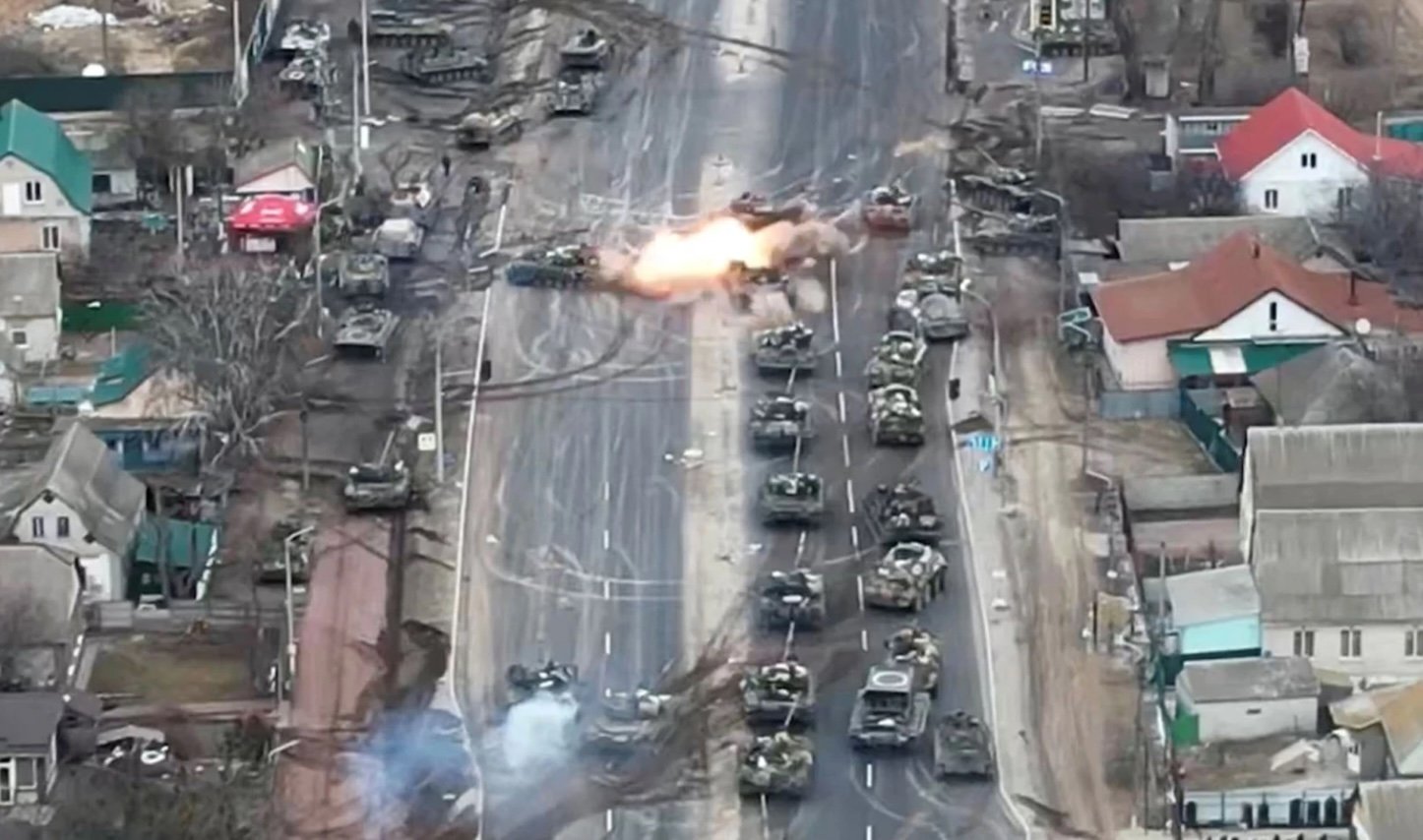 The Ukrainian military has released Drone Video footage of an armored vehicle convoy approaching the capital, Kyiv, being targeted with explosives, reports The Times.

The drone footage shows Russian tanks and vehicles being caught in an ambush, with several of them destroyed or damaged by artillery strikes or land mines.

The ministry said the convoy included a thermobaric rocket launcher vehicle, which Russia has used in Ukraine to “devastating” effect, according to the Ministry of Defense.

The tiny DJI drones can also be used to document Russian combat atrocities, but it’s not without risk to fly drones in Ukraine.

What do you think about how drones are used in Ukraine? Let us know your thoughts in the comments…