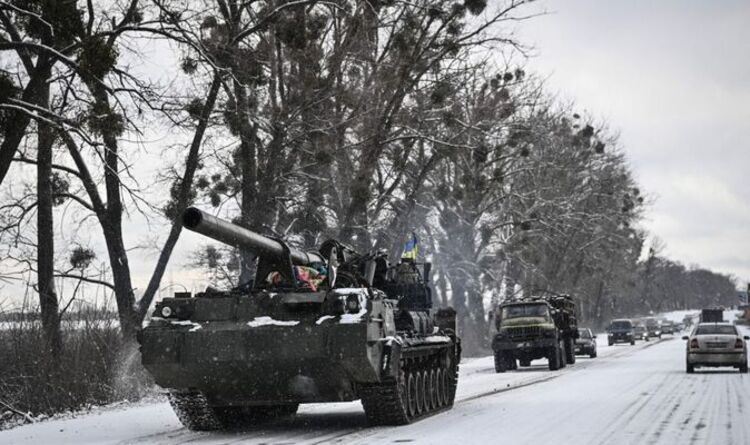 The woman, known as Elena, is a citizen of Ukraine’s capital Kyiv who decided to stay in her home as Vladimir Putin’s forces ramped up their attacks across the country. While around two million Ukrainians have reportedly fled the country since the Russian invasion over a week ago, Elena was one of the many who have chosen to stay.

Many other brave Ukrainians have opted to stay behind, either to help their country’s armed forces fight back against Russian troops or to help others who cannot leave by providing aid and medical support.

Elena told the Ukrainian news site Liga.net.ua that she was sitting on the balcony of her flat in Kyiv when a suspicious drone suddenly appeared.

She said she was concerned it would fire at her and so quickly grabbed a jar of pickled tomatoes from under her chair and threw it at the device to bring it down.

Her good aim knocked it out of the air and it smashed on the floor.