Skip to content
Home » Reviews » DJI Mini 3 Specs And Capabilities Might Surprise You. Leaker Tells Us, “It Is Real!”

DJI Mini 3 Specs And Capabilities Might Surprise You. Leaker Tells Us, “It Is Real!” 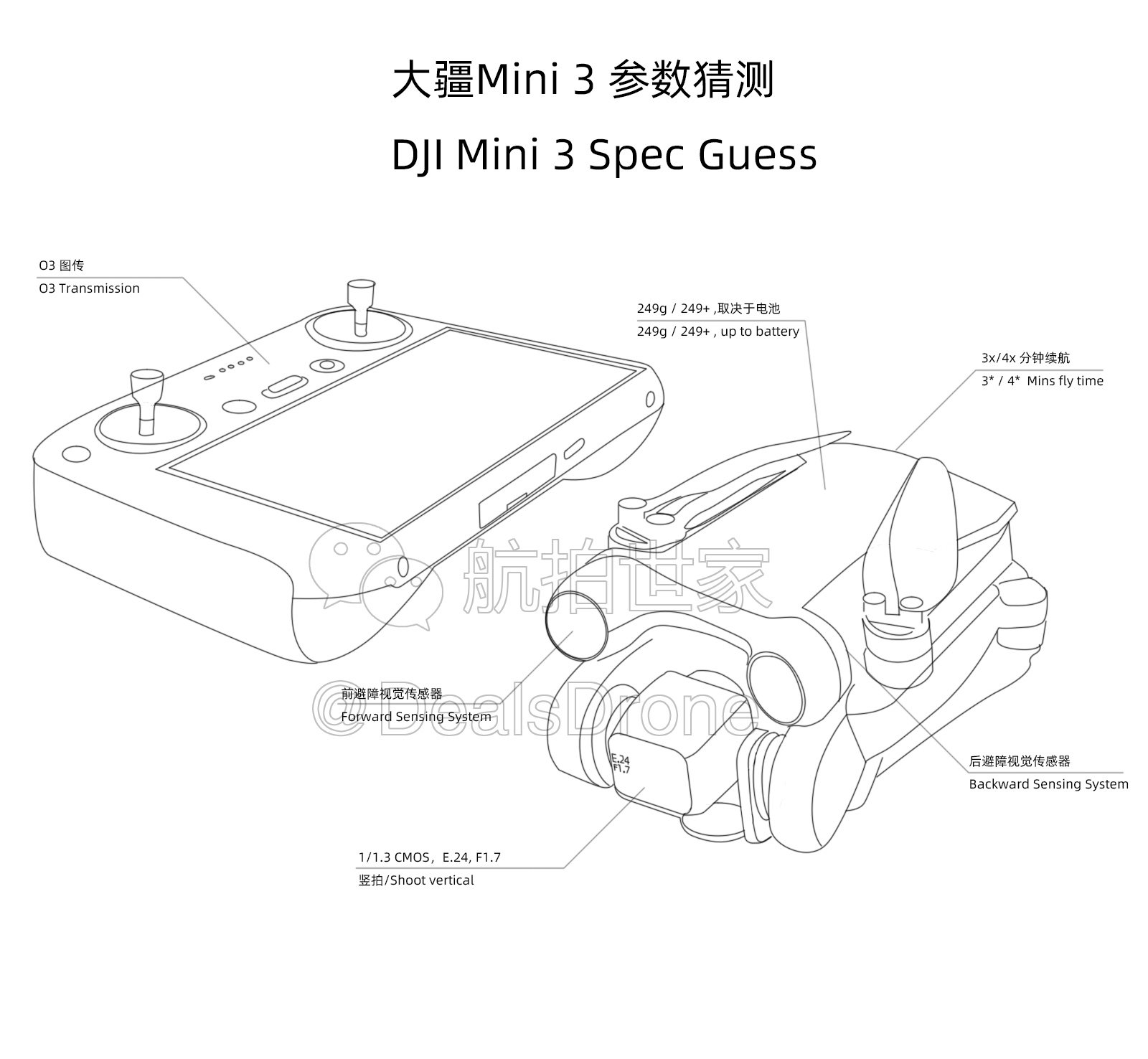 Today, on Twitter the DJI Mini 3 specs were leaked by a long-term source of DJI Rumors and information.

In the tweet, he shows a graphic that is basically an outline of the ‘photoshopped’ image we have seen earlier.

To the left, it shows the new DJI remote controller with a built-in display. On the right, we see the actual DJI Mini 3.

The DJI rumor source claims that the DJI Mini 3 is real. And, he offers the following ‘guessed’ specs.

We believe that these guessed DJI Mini 3 specs are likely to be very accurate.

The DJI Mini 3 comes with O3 video transmission. This yet-to-be-released DJI mini-drone will have two forward-facing sensors to avoid obstacles, but it will also have two backward-facing sensors, offering near 360-degree obstacle avoidance.

The long-time DJI leaker also tells us that:

The gimbal is tilted at a large angle, and you can shoot…