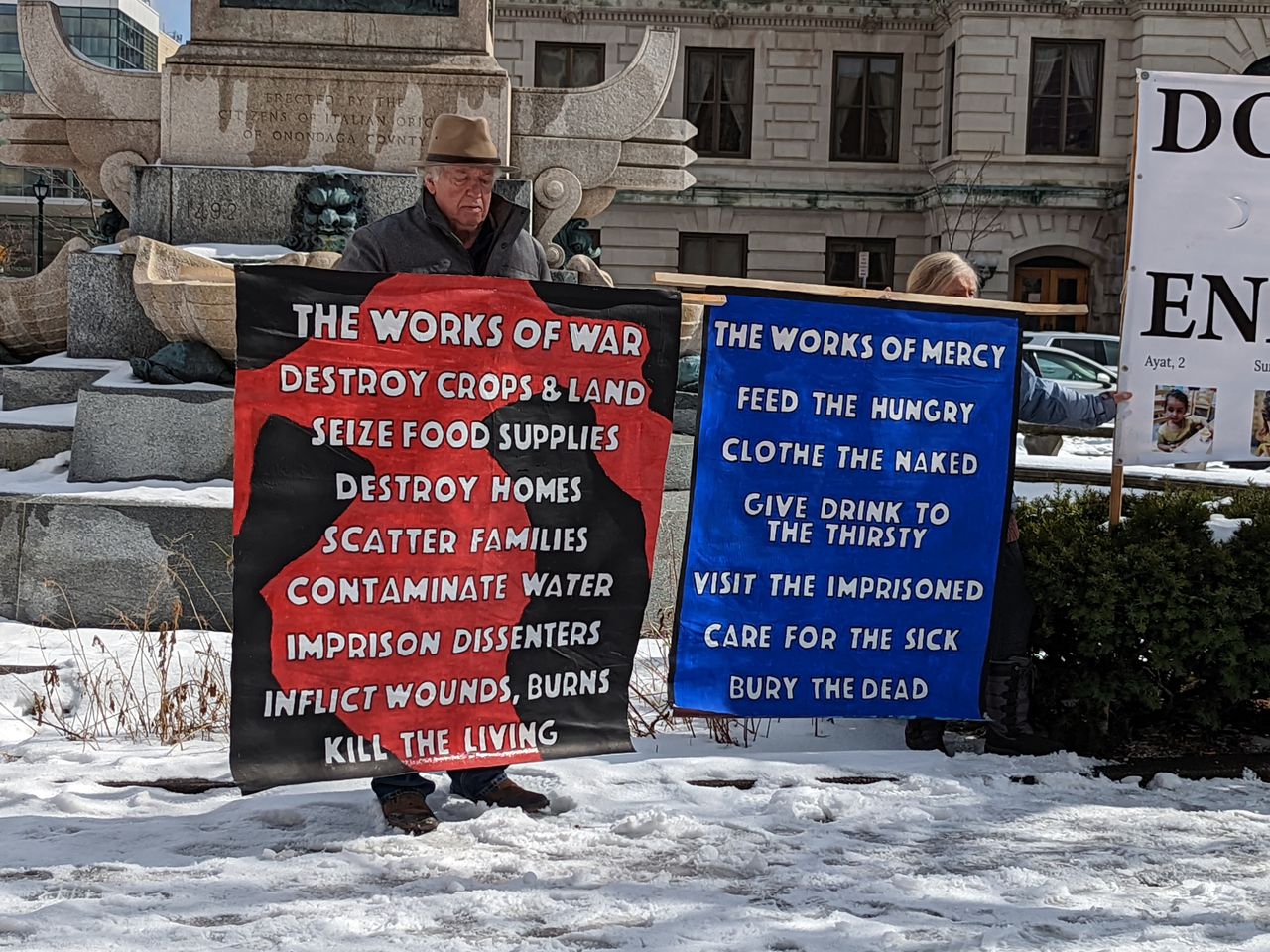 “Diplomacy is the only way out if we want to preserve peace,” they wrote. “Pax Christi pleads with the nations of the world to recognise the responsibility and authority of the UN Security Council to address the violations of international law.”

On Ash Wednesday, a new branch of the Catholic peace organization, Pax Christi Upstate, gathered in Columbus Circle to demonstrate against the military-industrial complex at home.

“It just seemed like a very appropriate day to be trying to alert the public here about the role of drones in killing and maiming and displacing and terrorizing lots of people,” said Ed Kinane.

Several other local anti-war groups, like Veterans for Peace and Upstate Drone Action, came to support their new partner going forward. They later went to the federal building to call on New York’s senators to divest from companies that produce missiles…