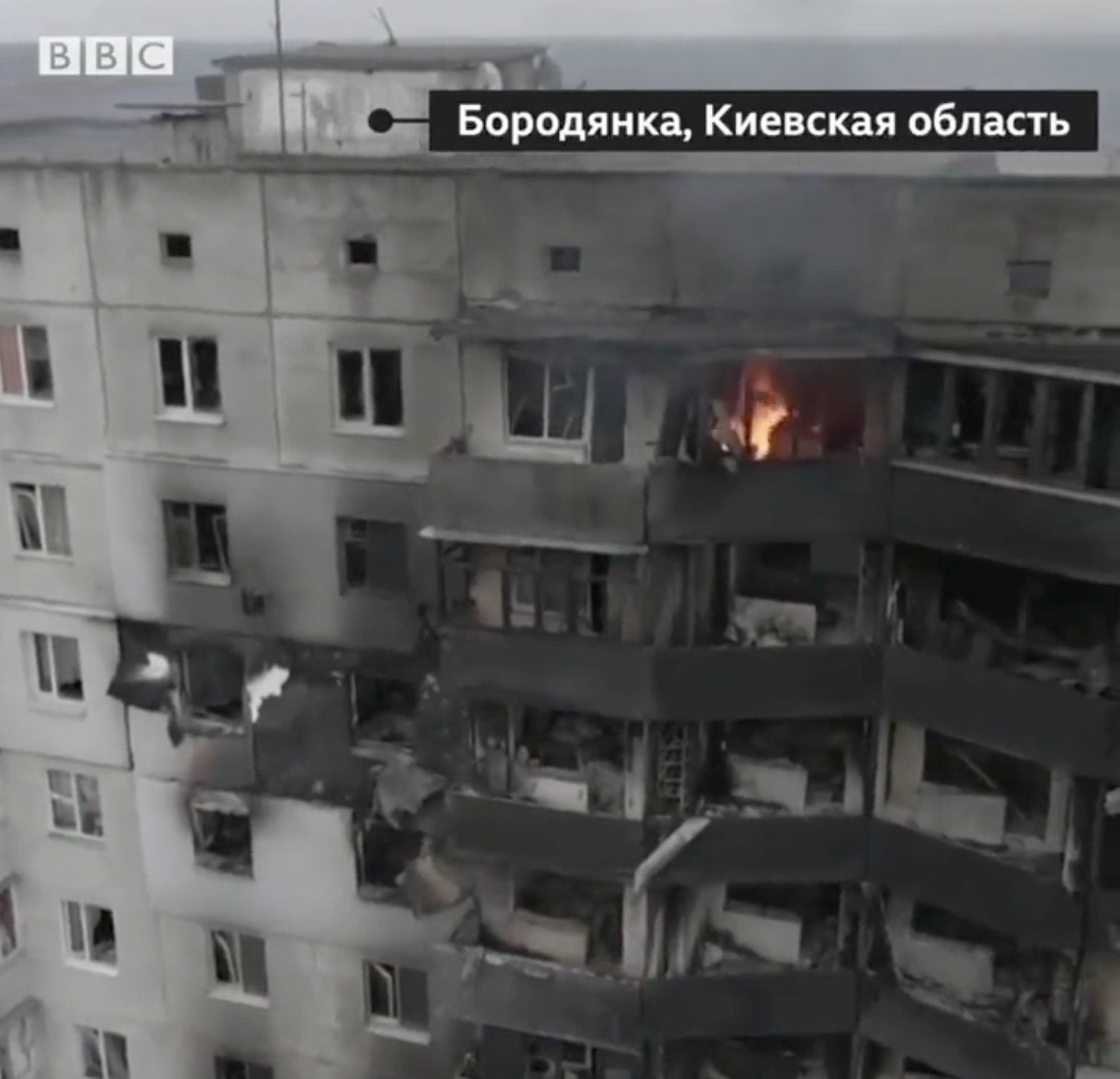 Earlier today, Reuters shared the following drone footage that shows the devastation that resulted from Russian attacks on residential targets in Borodyanka, a town near Kyiv.

At the beginning of the drone footage, you can see burnt-out Russian military vehicles. Locals claim they helped to repel a Russian attack, the news outlet reports.

Halfway through the video, you can see a residential apartment building that has partly collapsed and is still burning in some parts.

According to Reuters, the residential building had been destroyed by Russian shelling.

The video also shows the importance of drones. The unmanned aircraft can be used for reconnaissance purposes, for aerial attacks, and, as shown in this video, for documentation of what might well be war crimes.