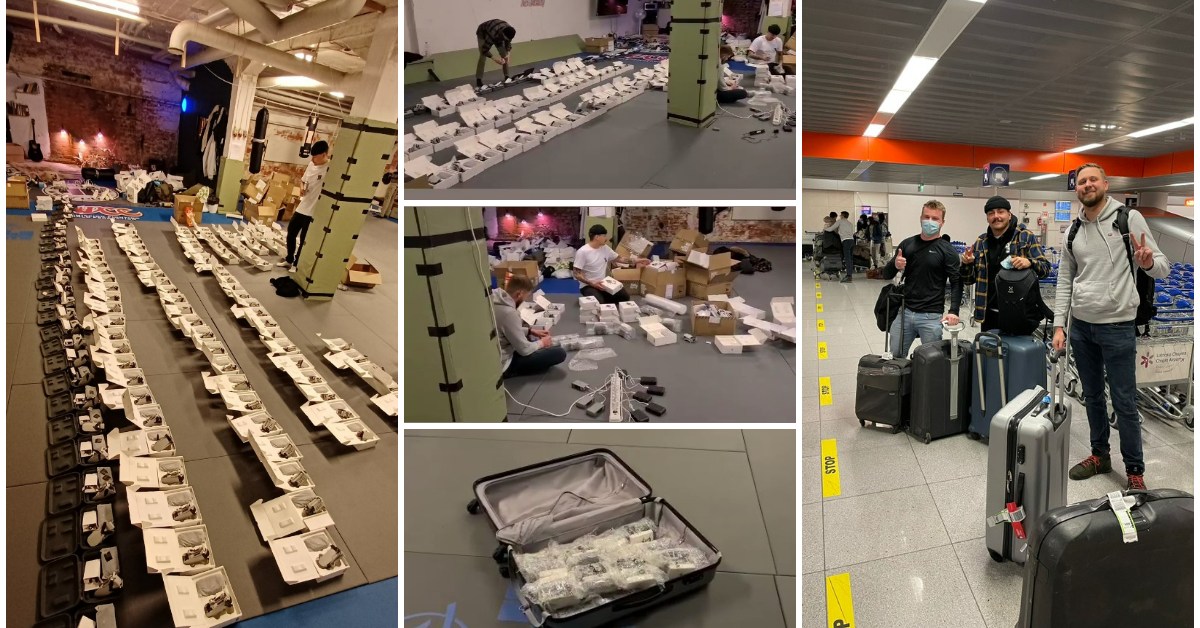 A group of Finnish volunteers has hand-delivered 140 DJI Mavic Mini drones to the Ukrainian military to assist with reconnaissance efforts against the invading Russian forces.

Henri Lindroos and his friends launched a fundraising campaign for this initiative, collecting more than $57,000 (€52,000) to purchase and deliver a consignment of ultra-portable, sub-250-gram drones to the Ukrainian army.

The volunteers even charged the batteries of the drones before making the delivery, so the aircraft could be deployed instantly. And to ensure uninterrupted surveillance operations, they packed in extra batteries and chargers.

A trio of volunteers then traveled to conflict-ridden Ukraine via Poland.

140 drones landed with us to Poland, now on their way to Ukraine military to help with reconnaissance upon their urgent request. 52,000 euros worth of equipment ready to be sent to the frontlines of an independent nation…