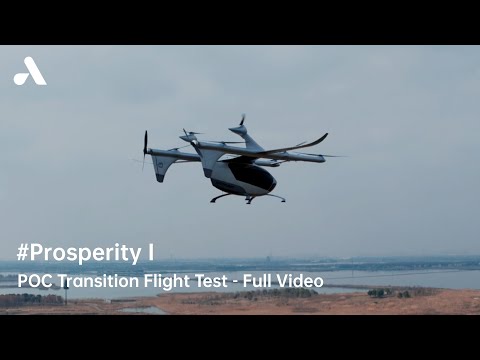 Designed for use as an eVTOL air taxi, AutoFlight’s Prosperity I successfully completed its first-ever live transitioning during a test outing in China’s JiangSu province. Today the company said the trial took place in January, with the craft rising to an altitude of 150 meters and attaining speeds of 123 mph. Slated to enter service in 2025, the piloted plane will carry three passengers at a maximum of 200 mph over a 250 km range.

A relative newcomer to the urban air mobility (UAM) sector, AutoFlight has taken its Prosperity I eVTOL from the drawing board to test flight stage with remarkable speed and has made gaining certification for the air taxi its top priority.

Last month the company founded a