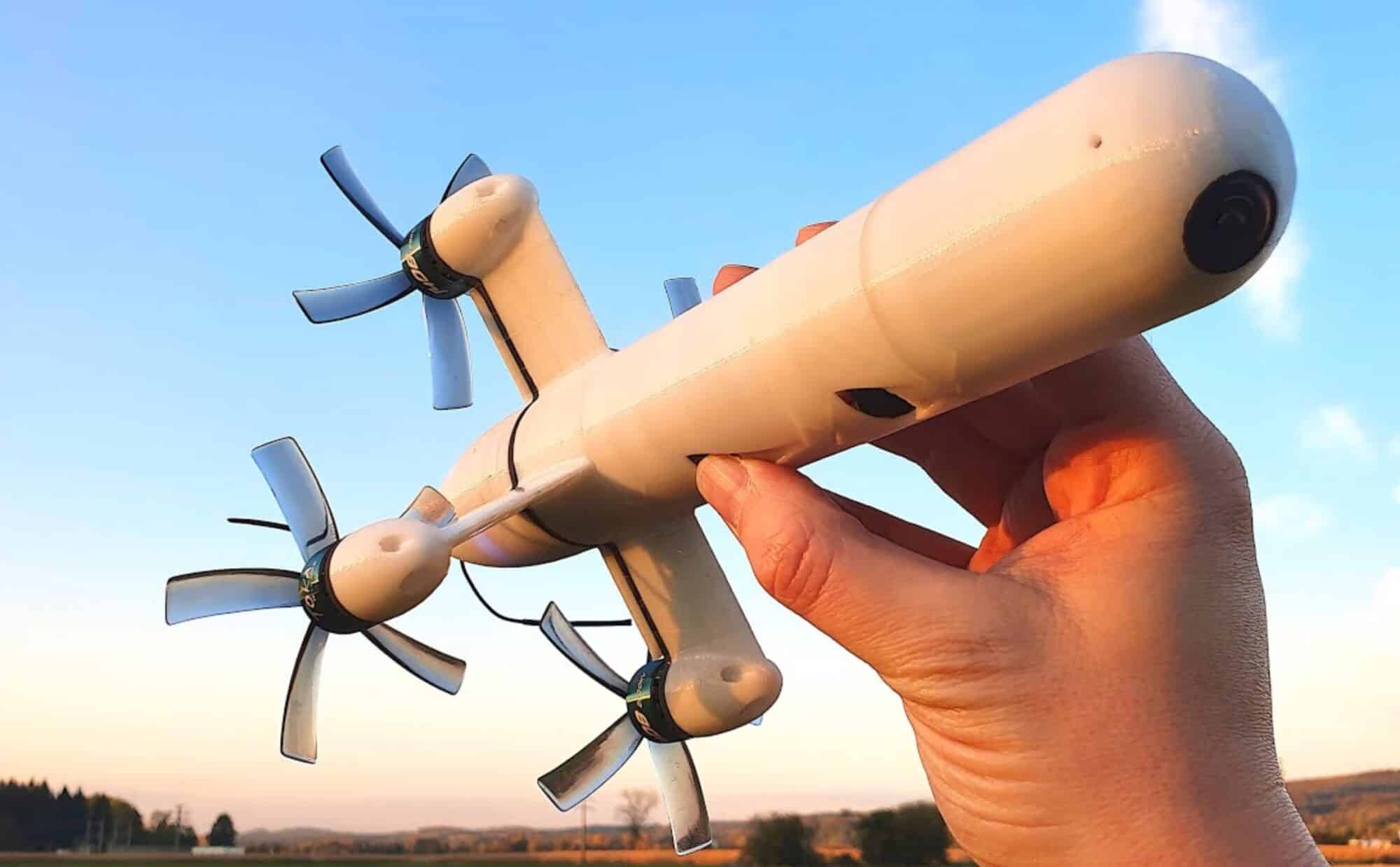 Check out this video from QuadMovr in which he’s trying to break 250 kph (156 mph) with this sub-250-gram rocket drone.

The goal of the project was to achieve at least 250 kph with a mostly 3D printed sub-250g quad. That did not work out as planned. It weighs a bit more, and the current setup’s fastest speed is 219 kilometers per hour (which equates to roughly 137 mph), he said.

Still bloody fast if you ask me.

The main reason is the usage of tmount motors, which prevented the use of props like apc. I tried a number of different tmount props, and surprisingly, the T75mmx5 hqprop produced the highest speed. For speed, fewer blades are preferable. Using motors with an m5 mount would be a better choice. Next time. There is room for improvement, QuadMovr says.

In the description, QuadMovr explains for people who are not familiar with these types of drones (a rocket drone?):