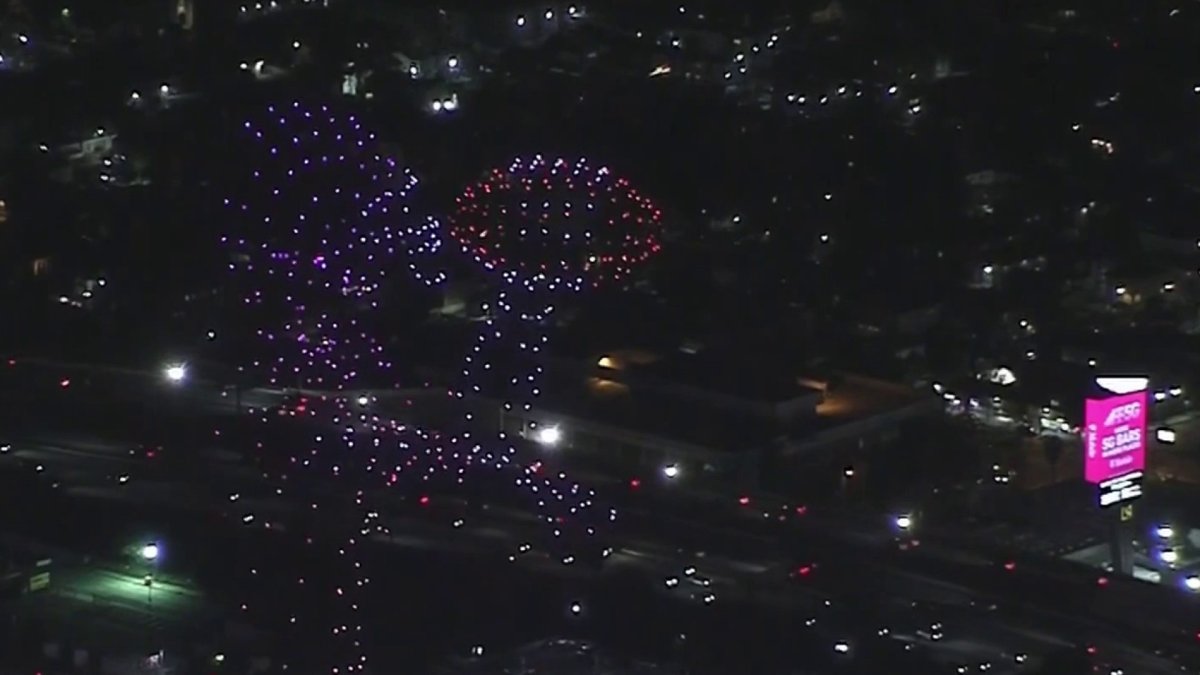 As the Los Angeles Rams prepare for a show-stopping faceoff against the Cincinnati Bengals, anyone walking around downtown LA Saturday evening has the chance to see a different kind of football-themed spectacle: a new Super Bowl drone show from the NFL.

The glowing technological display is the first of its kind, and the first-ever performance of it took place Friday night near the Los Angeles Convention Center. The launch pad for the drones is on top of the Convention Center building.

The 500 drones soared through the sky in different formations, each about 600 feet wide by 400 feet tall, creating impressive visuals that NewsChopper4 Alpha captured from the air.

The formations include a football player making a pass with the ball and the Lombardi trophy given to the Super Bowl champions each year after the game.

If you missed Friday’s performance, don’t worry — you still have plenty of opportunities to see the SoCal sky light up before the Super Bowl LVI game at…