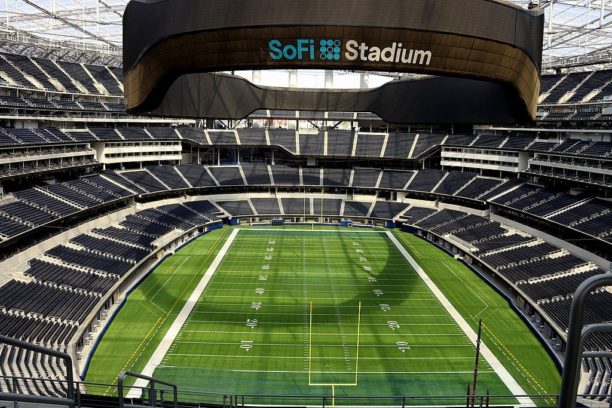 The Federal Aviation Administration has declared SoFi Stadium in Inglewood, California, the site of Super Bowl LVI, as a No Drone Zone, in the time before, during and after the big game on Sunday.

The FAA has issued a two-part temporary flight restrictions (TFR) for all pilots of manned and unmanned aircraft on Super Bowl Sunday.  Aircraft are prohibited from flying within one nautical mile and up to 3,000 feet in altitude around SoFi Stadium beginning 10 a.m. (all times are in Pacific Standard Time). Beginning at approximately 2:30 p.m. and extending to 8:30 p.m., the TRF will be expanded, prohibiting flights within 30 nautical miles (34.5 miles) of the stadium, from the ground up to 18,000 feet in altitude.