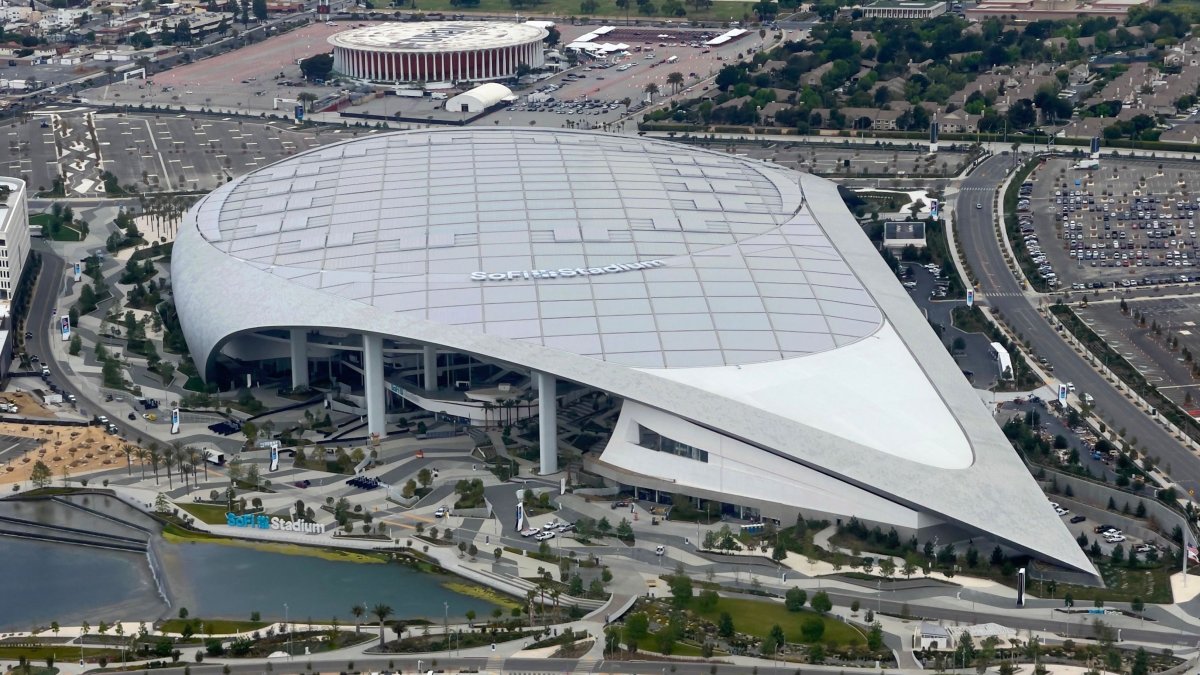 SoFi Stadium is a stunning sight from above.

But don’t plan on flying a small plane or drone over it Feb. 13 during the Super Bowl. The Federal Aviation Administration announced Wednesday that Temporary Flight Restrictions, or TFR, will be in effect from 2:30 to 8:30 p.m., effective in a 30-mile circle around the Inglewood stadium and stretching up to 8,000 feet.

The TFR will not impact regularly scheduled commercial flights at Los Angeles International Airport. Nor will it affect emergency, medical, public safety or military aircraft.

Photos: Behind the Scenes of the new SoFi Stadium in Inglewood

But other pilots who enter the TFR area can face fines of more than $30,000, along with possible criminal charges, according to the FAA.

The entire TFR area will also be a “no drone zone.” Anyone who flies a drone in the restricted area could also face fines and prosecution.

FAA officials said the agency is working with local law enforcement, the NFL and…